“The best evidence for the retention of genes in fully differentiated cells comes from experiments carried out at the University of Oxford on eggs of the frog Xenopus. The first experiments with intestine cell nuclei were designed to show that at least some of these nuclei possess all the genes necessary for the differentiation of all cell types, and therefore that some of the transplant embryos derived from intestine nuclei could be reared into normal adult frogs. Both male and female adult frogs, fertile and normal in every respect, have in fact been obtained from transplanted intestine nuclei. Their existence therefore proves that at least some intestine cells possess as many different kinds of nuclear genes as are present in a fertilized egg. —J. B. Gurdon”

John B. Gurdon shared the 2012 Nobel Prize in medicine for this work.

“In Sudan Notes and Records a plea is made on behalf of the white ant [termite], which has naturally acquired a bad reputation among European residents. The characteristic feature of the climate of the Sudan is the rapid growth of vegetation promoted by seasonal rains, followed by drought and desiccation. The white ant attacks vegetation only when it is weakened by drought or disease, and in that case the sooner it is destroyed the better. But for the white ant the whole of the fertile parts of the Sudan would, in very few years, be covered with an impenetrable layer of dead vegetation; and the only alternative method to clear it off would be by the agency of fire, the dangers of which are obvious.”

“The United States took four million men from industry and put them into khaki. Two million of them are coming slowly back from foreign soil, to be reabsorbed into the body politic. The other two million are to be demobilized as rapidly as possible. If it were practical to throw two million men upon the country at once, each one with only $30 in pay and a ticket to his home in his hand, chaos could result. There wouldn't be trains enough to carry them, there might not be roofs enough available to cover them, and there might not even be food enough to give them meals. Certainly, while there are two million manless jobs waiting for two million jobless men, the two could not connect overnight.”

“Any who value home comforts understand the enjoyableness of a glowing open fire, notwithstanding the superior heating qualities of heaters and closed stoves, and many prefer the inevitable waste and additional costliness of the open grate, with its home-like pleasantness, to these more economical and less healthful appliances. If the grate or open fireplace could be made to yield the same amount of heat that the stove does, at no greater cost, everyone would prefer it. To extend these comforts is the object of the improvement in open grates shown in the engraving.”

“The keeper of Minot's Light had retired for the night on Wednesday, when a great crash was heard, resounding through the whole substantial building. The lighthouse keeper supposed his assistant had, by accident, broken some glass vessel, but the latter, with alarm on his countenance, soon reported that the plate glass, more than a quarter of an inch in thickness, constituting one side of the great lantern at the top of the lighthouse had been smashed in, perhaps by a rifle ball. Examination was immediately begun, but the discovery on the ledge of the lighthouse of a dead shell-drake duck, with nearly every bone in its body broken, explained what would otherwise have been a very mysterious affair. He was cooked, eaten, and pronounced excellent by the lighthouse keeper and his family.”

“In all our overcrowded cities, New York, for instance, pedestrians are forced to cross streets to get from block to block, to the peril of life and the utter despoilment of broadcloth and patent leather. Nine tenths of all the accidents from collisions occur at crossings. This city employs a large number of policemen to assist people in fording rivers of filth and prevent them from being run down by reckless drivers. Crossings should be tunneled. Bridges are required to be too high to accommodate the loaded vehicles and omnibuses. Tunnels at crossings, on the contrary, need not be deep, and they can be lighted day and night with gas, for one-fourth the expense of keeping policemen to guard the principal crossings.” 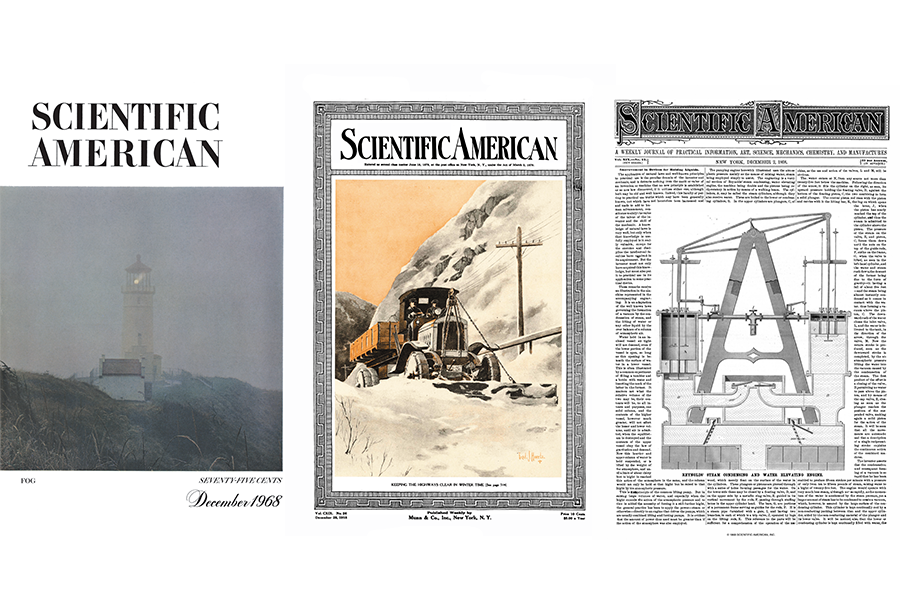