The human race has selectively bred crops to suit our needs for thousands of years. People have consumed as many as several trillion meals containing genetically modified (GM) ingredients over the past few decades. Not a single verified case of illness has ever been attributed to the genetic alterations. But skepticism surrounding GM crops remains-especially in European nations-and is a detriment to millions who might otherwise benefit from them. The perks of GM crops greatly outweigh the health risks, which so far remain theoretical, our authors say. In fact, more than 130 research findings over 25 years have shown that GM organisms are not more risky than other plant-breeding techniques. But ramping up agricultural output by an estimated 70 percent to feed an exploding global population most likely cannot rely on GM foods alone. New techniques are harnessing the power of the plant phytobiome to create foods that grow faster and resist pests and other environmental harms. 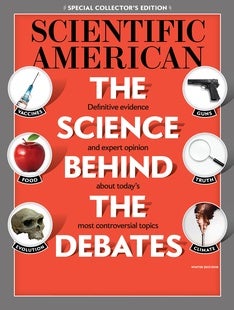