“The prevailing public attitude toward marihuana in the U.S. is charged with a hyperemotional bias. In part this is the product of an ‘educational campaign’ initiated in the 1930's by the Federal Bureau of Narcotics, a campaign that has disseminated much distortion and misinformation about the drug. The still powerful vestige of the Protestant ethic in this country condemns marihuana as an opiate used solely for the pursuit of pleasure (whereas alcohol is accepted because it lubricates the wheels of commerce and catalyzes social intercourse). Marihuana's effect in producing a state of introspection and bodily passivity is repellent to a cultural tradition that prizes activity, aggressiveness and achievement.”

“The following verses were written after the poet W. H. Auden had read ‘Life on the Human Skin,’ by Mary J. Marples [Scientific American, January 1969]:

“On this day tradition allots
To taking stock of our lives,
My greetings to all of you, Yeasts,
Bacteria, Viruses,
Aerobics and Anaerobics:
A Very Happy New Year
To all for whom my ectoderm
Is as Middle-Earth to me.

I should like to think that I make
A not impossible world,
But an Eden it will not be:
My games, my purposive acts,
May become catastrophes there.
If you were religious folk,
How would your dramas justify
Unmerited suffering?”

The Nature of Things

“Dr. Einstein tells us that when velocities are attained which have but just now come within the range of our close investigation, extraordinary things happen—things quite irreconcilable with our present concepts of time and space and mass and dimension. We are tempted to laugh at him, to tell him that the phenomena he suggests are absurd because they contradict these concepts. Nothing could be more rash than this. We must be quite as well prepared to have these conditions reveal some epoch-making fact as was Galileo when he turned the first telescope upon the skies. And if this fact requires that we discard present ideas of time and space and mass and dimension, we must do so quite as thoroughly as our medieval fathers had to discard their notions of celestial ‘perfection.’”

“An exhibition of a flying machine, named by its inventor, Mr. Frederick Mariott, ‘The Avitor,’ took place in a room of the Avitor Works, at Shell Mound Lake, Calif. We give herewith an illustration of the machine. The hopes which were first raised by the success of the experiment as performed under cover, have been since dashed by unsuccessful attempts to navigate the machine against currents of wind. This was only a trial machine, the balloon being cigar-shaped, thirty-seven feet in length. The boiler and furnace are together only a little over a foot long and four inches wide.”

“The Austrian Government has introduced a novelty in postage, which might be introduced with great benefit in all countries. The object is to enable persons to send off messages of small importance, without the trouble of obtaining paper, pens, and envelopes. Cards of a fixed size are sold at all the post offices for two kreutzers, one side being for the address and the other for the note. It is thrown into the box, and delivered without envelopes. A halfpenny post of this kind would certainly be very convenient, especially in large towns.”

“Our brains are seventy-year clocks. The Angel of Life winds them up, then closes the case, and gives the key into the hand of the Angel of the Resurrection. Tic-tac! tic-tac! go the wheels of thought; our will cannot stop them; they cannot stop themselves; sleep cannot still them; madness only makes them go faster; death alone can break into the case, and seizing the ever-swinging pendulum, which we call the heart, silence at last the clicking of the terrible escapement we have carried so long beneath our wrinkled foreheads. If we could only get at them, as we lie on our pillows and count the dead beats of thought after thought and image after image jarring through the over-tired organ! —Oliver Wendell Holmes” 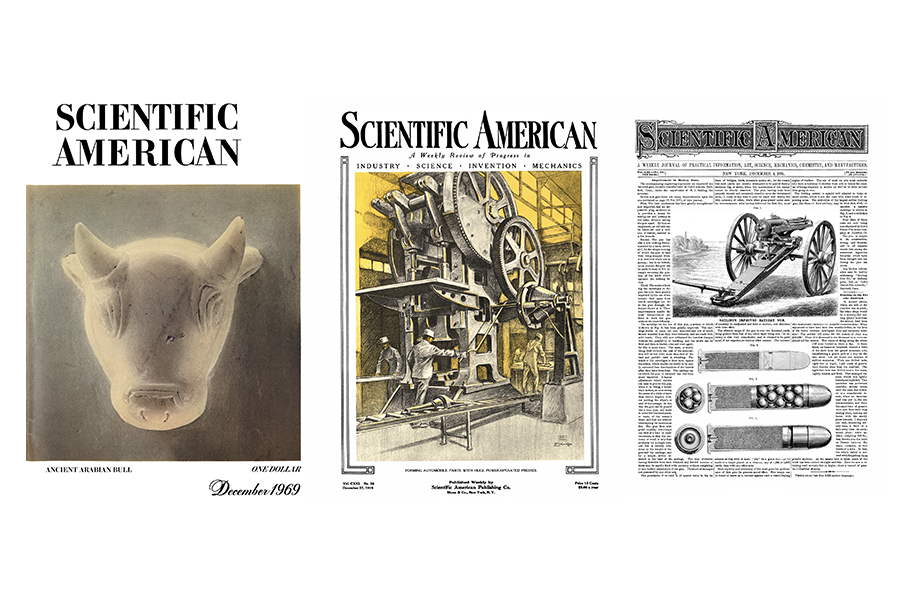