“President Nixon’s announcement concerning chemical and biological weapons renounced germ warfare and the first use of lethal and ‘incapacitating’ chemical weapons. The statement did not, however, change U.S. policy on two major weapons currently in routine use in Vietnam: tear gas and chemical defoliants. With regard to biological warfare the renunciation was unilateral and unequivocal. The President indicated that biological-warfare research would be confined to defensive measures and that the U.S. stockpile of bacteriological weapons would be destroyed.”

“A discussion of ‘The Postage Stamp as a Possible Source of Infection’ appears in the Medical Times for October, 1919. Laboratory tests showed that no stamp was free from germs. Among the germs were colon bacilli, staphylococci, streptococci, pneumococci and diphtheroid bacilli. The amount of danger presented by these organisms cannot be stated, as, unfortunately, no tests were made to determine the virulence of the germs. In commenting on these results, American Medicine, while not encouraging the common practice of moistening stamps with the tongue, points out that if stamps were a grave source of infection a very large percentage of the population would undoubtedly be suffering from infections due to this cause.”

“The improvement we herewith illustrate will be found a luxury which few, either sick or well, having once enjoyed, will be willing to resign. These devices enable reading either while a person is sitting or reclining, so that the printed matter is placed directly in front of the eyes, and in such a position that no muscular effort is required to sustain the book or to keep the body in a position of restraint. This invention was patented through the Scientific American Patent Agency, by Edward Conley, of Cincinnati, Ohio.”

“Henri St.-Claire Deville was instructed by the French Academy to conduct a series of experiments upon this important subject, and he has succeeded in inventing a furnace that satisfactorily accomplishes the object. This may safely be regarded as one of the most important inventions of the year.” 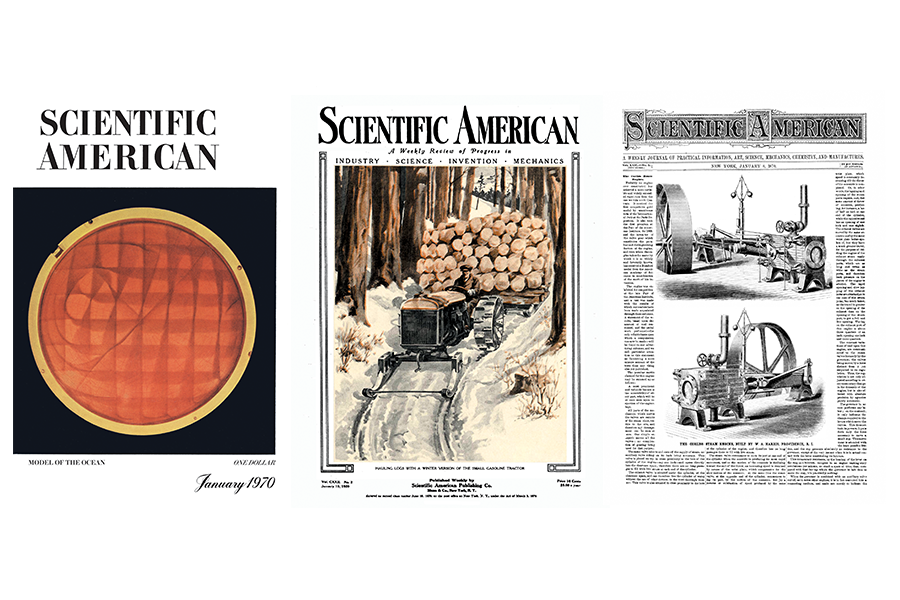 By the late 19th century reading for fun had become popular because of advances in the art of the novel, cheaper paper and mass printing, and more leisure time. The patented reading stand we illustrated above probably had zero effect. Another technology leap was the phonograph (you know, like a record player). Thomas Edison wrote in our issue of May 18, 1878, that he thought it would be good for dictation in the office, but allowed it could be “liberally devoted to music.” In 1906 radio broadcasting for entertainment began; by July 1925 we advocated bringing your radio while camping “far from the madding crowd.” The April 1939 issue proclaimed “Here Comes Television!”—with “entertainment” as top priority. Inventions often need other practical inputs to transform society: our modern entertainment emerged after we harnessed the power of the computer, the Internet and the smartphone, then commercialized a way to provide (and pay for!) content viewable or playable on these gizmos. By November 2000 we knew “digitizing everything audio and video will disrupt the entertainment industry's social order.”