On Nerves and Behavior

“Charles Darwin argued that since man had evolved from lower animals, human behaviors must have parallels in the behaviors of lower forms. Darwin's radical insights stimulated studies of animal behavior, opening the way to experimentation that was not feasible in man. Crayfish, leeches, various insects and snails have the great advantage that their nervous system is made up of relatively few nerve cells (perhaps 10,000 or 100,000 compared with the trillion or so in higher animals). In these animals one can begin to trace, at the level of individual cells, not only the sensory information coming into the nervous system and the motor actions coming out of it but also the total sequence of events that underlies a behavioral response. —Eric R. Kandel”

Kandel shared the 2000 Nobel Prize in Physiology or Medicine.

“For centuries asbestos was but a curiosity—a mystic mineral paradox, to all appearances a solid rock yet composed of silk-like fibers so rugged in themselves that the millions of years of the earth's cooling, hardening and cracking did not break these slender threads.

The almost inestimable economic value of asbestos proceeds from the fact that it possesses such an unparalleled combination of heat- and wear-resisting qualities. The perfection of the heat (and cold) insulations and their application to thousands of America's power plants is saving power and saving fuel—millions of dollars' worth annually.”

“The Abbe Moigno is a scientific authority and is at the same time a Catholic of unquestioned orthodoxy, which last act adds significance to his publishing in Les Mondes the following notes: ‘In view of the antagonism developed in some quarters against scientific investigation as tending to infidelity, the expressions of one confessing a faith so conservative, are of interest. The grounds upon which Christian scientific men can stand secure, were admirably stated by Professor Dana in his recent lecture, in which the subject of Darwin's theory was considered. In the course of his remarks he stated that belief in a development theory was not atheism. That the facts of science clearly indicate some plan of development; that Darwin's book was a work of great merit. Let no one fear scientific investigation.'” 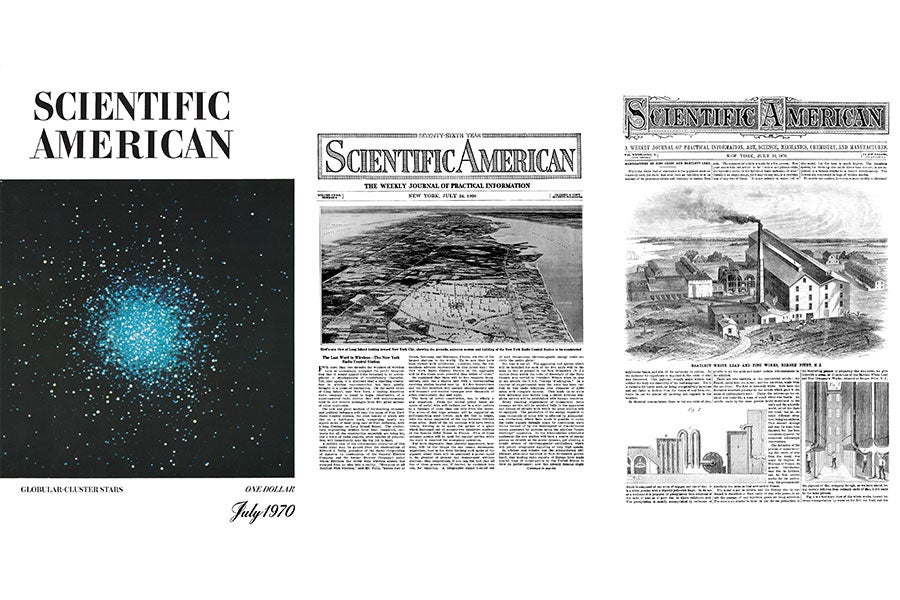 Social cohesion enables people to produce physical testaments to individuals, events or organizations. Humans apparently have a bit of an ego problem, having littered the planet with these—occasionally very beautiful—monumental structures. It is true that more advanced engineering can show off the builder’s (and owner’s) sophistication, although it must also be noted that accumulating the resources to build on a grand scale is too often the result of inequality within the society, if not the handiwork of enslaved people (and we’ll skip over the gory bits of the Colosseum in Rome, shall we?). Still, every great structure is eventually eclipsed by something more glorious or more technically challenging.

In Schools, Honest Talk about Racism Can Reduce Discrimination

Hawking, a Paradox and a Black Hole Mystery, Solved?

First U.S. Polio Case in Nearly a Decade Highlights the Importance of Vaccination

Here's Why Earth Just Had Its Shortest Day on Record