“The Bell Telephone Laboratories have disclosed a new way to build electronic data-processing circuits by manipulating the flow of tiny magnetic ‘bubbles’—actually magnetic domains in the form of microscopic cylinders embedded in thin sheets of ferrite. The bubbles can be moved around with less energy than is needed to switch a transistor and, being only a few wavelengths of light across, they can be packed with a density of a million or more to the square inch. The bubbles can be created, erased and shunted around to perform a variety of functions: logic, memory, switching and counting. Data rates of three million bits per second have been demonstrated.”

The system was made obsolete by faster semiconductor chips with more memory density and efficient flash memory.

“In the United States we are becoming increasingly familiar with epidemics of poliomyelitis. Prior to 1907, infantile paralysis was a rare disease in this country. Since then it has prevailed fitfully every summer and autumn. Fundamental knowledge of poliomyelitis may be said to have grown rapidly since Ivar Wickman’s epochal clinical studies published in 1907. We are today in possession of precise information with regard to the nature of the inciting micro-organism, and the manner in which it leaves the infected body within the secretions of the nasopharynx chiefly and gains access to another human being by means of the corresponding mucous membranes, and apparently in no other way.”

“The postmaster at Madras, India, recently experimented with three autos in the place of horse-drawn vehicles for the conveyance of mail. The experiment was said to be the first of its kind in India and to be so successful that the entire horse service is now to be abolished.”

“In the report of the Departmental Committee which has been considering the protection of wild birds in Great Britain, it is pointed out that a novel danger to bird life has been introduced, in shooting and bombing from aircraft. The Committee recommends that the use of aircraft against wild birds be prohibited.”

“Men of science who traversed Styria, in Austria, have long reported that there were people in Styria who consumed arsenic. However, this statement was denied by others, who affirmed that the white mineral they ate was nothing but chalk. Prompted by the importance of this subject, the royal medical counsel, Dr. Von Vest, issued a circular to the physicians of Styria, requesting them to communicate their experiences with regard thereto. Seventeen reports were obtained. The district of Hartberg counts not less than forty individuals who indulge in that habit. From the various sorts of arsenic, the white arsenic, or ratsbane, is mostly taken, less so the commercial yellow, and still less the natural red arsenic. The arsenic eaters begin with the dose of the size of a millet, and increase this quantity gradually. These doses are either taken daily, or every other day, or only once or twice a week. In the district of Hartberg the custom prevails to suspend this unwise usage at the time of the new moon.”

The question of whether humans can acquire tolerance to this toxic substance seems to be still open.

In Case of Fire

“Improved shelving provides means whereby valuable stocks of goods, books in public libraries and cabinets, letter cases in post offices, etc., can be readily rescued in case of fire. The accompanying engraving tells the whole story. The shelving is made in sections which can be closed with great rapidity, and run out of a building without moving goods or books. The sections are provided at the bottom with rollers or wheels which rest upon tracks. This improvement merits general consideration.” 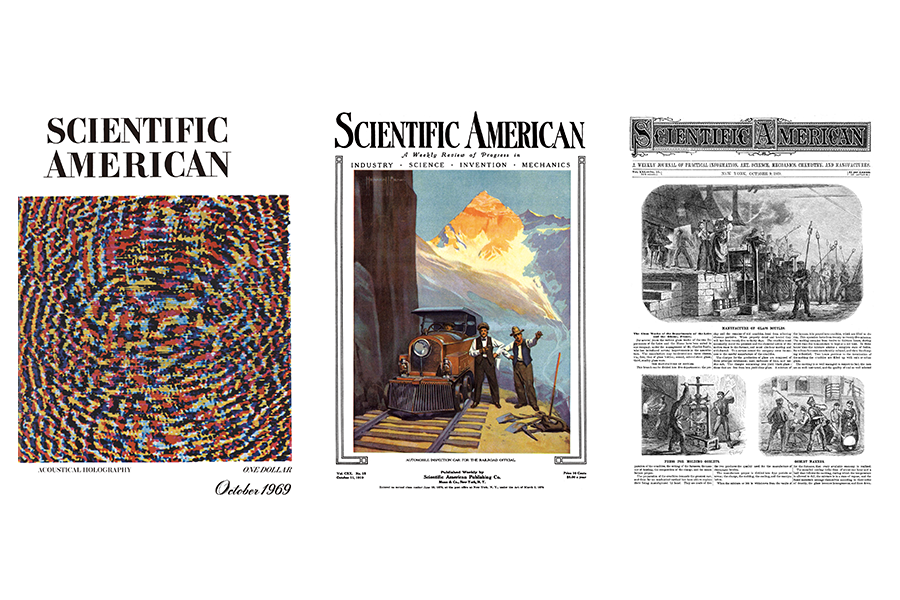