No Beast So Fierce: The Terrifying True Story of the Champawat Tiger, the Deadliest Animal in History
by Dane Huckelbridge.
William Morrow, 2019 ($26.99)

Sometime around the beginning of the 20th century, a Bengal tiger emerged regularly out of the forests of the Himalayan foothills to stalk its preferred prey: humans. This tiger came to be known as the Man-Eater of Champawat and, over the course of a decade, killed an estimated 436 people—highly unusual and terrifying behavior for its kind. History writer Huckelbridge chronicles the conditions that created such a beast—including hunting territory diminished through ecological mismanagement, loss of its normal prey species and the degradation of its natural habitat—and the riveting story of the legendary hunter, Jim Corbett, who was commissioned by the British government to exterminate the animal. It is a haunting tale and a cautionary one, too; similar bad ecological practices stalk our relationships with apex predators of today. “We're still negotiating,” he writes, “how to best live alongside them.”

The Discrete Charm of the Machine: Why the World Became Digital
by Ken Steiglitz.
Princeton University Press, 2019 ($27.95)

Digital technology has such a firm hold on modern life that it is hard to remember how recently we lived without it. Computer scientist Steiglitz examines the global transformation from analog to digital and the ways it changed how we calculate, communicate and entertain ourselves. He describes the nuts and bolts of taking something analog, such as waves traveling through the air that make sound, and converting them into 0s and 1s, all in witty and cogent language. In addition to celebrating the gains of the digital revolution, Steiglitz questions what we may have lost. Noting that the human brain uses both analog and digital mechanisms, he asks, “Is there some 'magic' that remains hidden in the analog world, beyond the reach of the digital computer?” —Clara Moskowitz

Good to Go: What the Athlete in All of Us Can Learn from the Strange Science of Recovery
by Christie Aschwanden.
W. W. Norton, 2018 ($27.95)

After a long run, journalist Aschwanden went to relieve her sore legs with nitrogen gas. Standing naked in a steel chamber and receiving a blast of frigid air, she felt a rush of adrenaline. “I was ready to kick some ass...,” she writes. “I was sold.” But the truth, she finds out, is that no scientist can confirm the benefits of this kind of cryotherapy. A lifetime racer and former cross-country skier, Aschwanden provides an amusing and exhaustive takedown of the recovery products and trends that fitness enthusiasts have transformed into a multibillion-dollar industry, from sweating at infrared saunas to hydrating with sports drinks. Her findings debunk many ideas about what does help the body recover—and what does not. —Emiliano Rodríguez Mega

Nature’s Mutiny: How the Little Ice Age of the Long Seventeenth Century Transformed the West and Shaped the Present
by Philipp Blom.
Liveright, 2019 ($27.95) 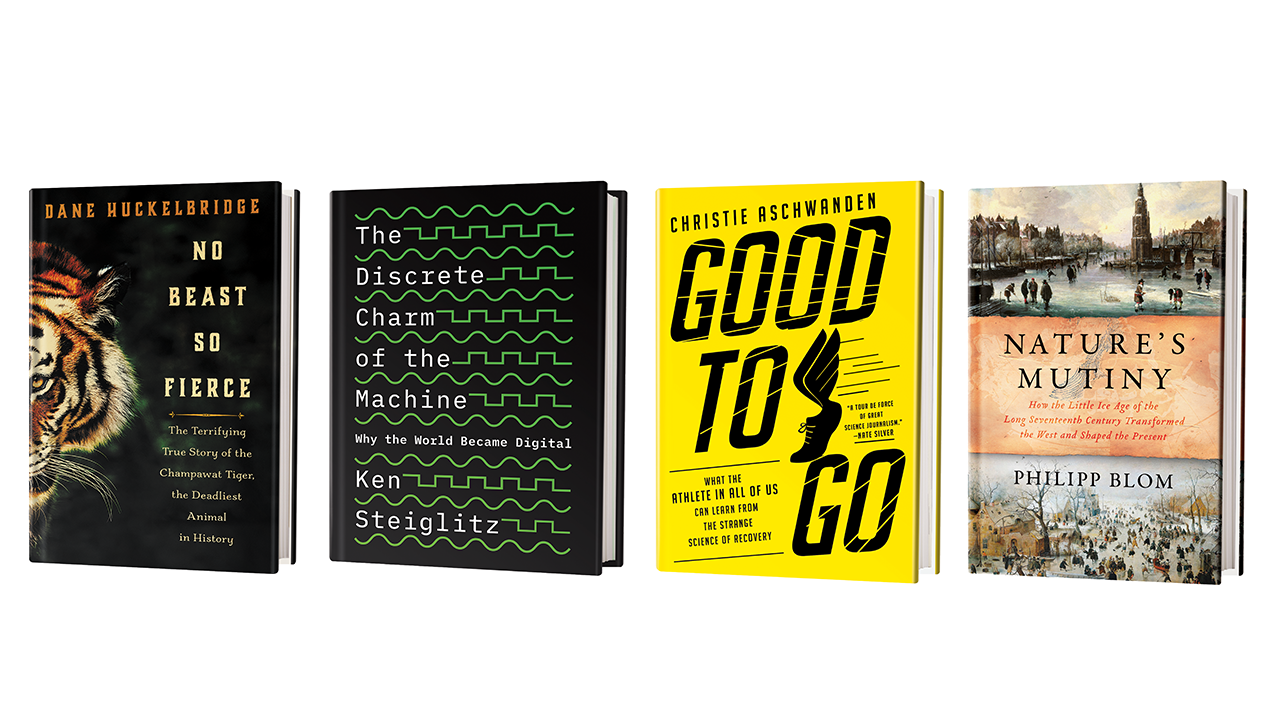 This article was originally published with the title "Recommended" in Scientific American 320, 2, 71 (February 2019)

Why Mauna Loa and Other Hawaiian Volcanoes Are Different from Most

Gabi Laske and The Conversation US

One in 10 Who Menstruate Suffer from Endometriosis. Why Do We Know So Little about It?

A Year of Wonder, Awe and Discovery