WHEN the ordinary chuck is used on small pieces VV of soft wood, there is a tendency for it to split the wood at its center. A spur chuck for soft wood, which will do away with splitting, can easily be made Spur chuck for small work. according to the drawing. A round channel is filed in the end of the square body of the chuck, and a rectangular channel is filed crosswise. The four spurs thus formed have plane parallel outer surfaces, while the curved inner surfaces serve to compress the wood between them, instead of oracking it apart as in other chucks.

This article was originally published with the title "A Spur Chuck for Wood Turning" in Scientific American 105, 18, 392 (October 1911) 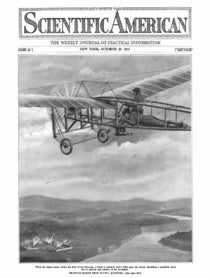