This article was originally published with the title "Abstracts from Current Periodicals" in Scientific American 105, 14, 294 (September 1911) 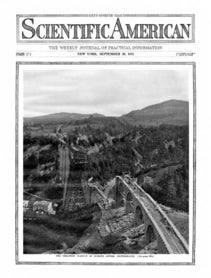