This article was originally published with the title "Explosive Compounds for Engineering Purposes" in Scientific American 20, 20, 307-308 (May 1869) 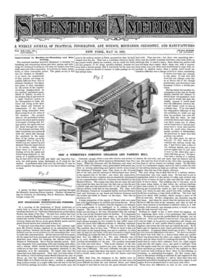