Construction of World's Largest Radio Observatory Is Finally Under Way

A Question of Sex 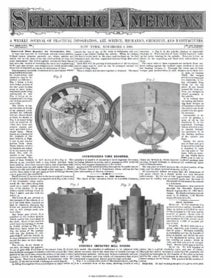