In an article on this subject a few weeks ago, we did not give credit to Leblanc, the French chemist, who first proposed the method at present adopted in manufacturing that substance. This has aroused the honest patriotism of a French correspondent, who requests us to do this justice to his countrymen. We never had any idea of ignoring the fact, which is so well known, that Leblanc's plan was the one adopted, but he cannot strictly be called "the father of modern alkali making," as the system now carried out by the practical makers is the result of many men's discoveries and inventions, and we still think that Tennant deserves some credit for his genius in adapting and bending to suit Leblanc's process, the resources of Britain, and making it the fountain of alkali for the world. 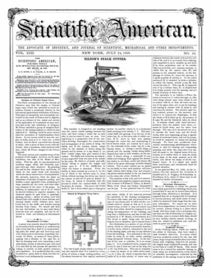