Around 195,000 years ago our planet entered a long glacial period known as Marine Isotope Stage 6. Cold, dry and harsh conditions settled in, and the number of Homo sapiens plummeted. A small remaining population eked out a living in southern Africa—one of the last habitable terrains. As Curtis W. Marean writes, DNA evidence shows that all humans are descended from that relatively small group of survivors (perhaps only several hundred individuals). We tend to think of humans as being evolutionary powerhouses who quickly and fiercely displaced all other hominin species. But this and other research reveal that humans actually often flirted with extinction. The more fossils that scientists find, and the better DNA-extraction techniques become, the more surprises they uncover.

Take our own origin story. Contrary to previous hypotheses, our family tree is quite the tangled mess of interbreeding species. New genetic identification techniques can now use small fragments of fossils to determine the parentage of hybrid species. And although human ingenuity evolved perhaps hundreds of thousands of years earlier than first estimated, we weren't the only hominins using symbolic art or creative thinking.

No other species has spread as far worldwide or evolved such an advanced communication system and cultural fabric. Humans are distinct from other creatures down to our brain makeup—with especially enlarged cortical regions associated with creativity and abstract thinking. Our use of language, our trust in one another, the way we dance and even our (lack of) body hair are distinctly human and have enabled us to thrive.

Where will these unique characteristics take us? Our future selves will likely be a vivid mosaic of skin tones and other physical features, although we may devise sophisticated technological avatars that interact with other virtual humans on our behalf. Perhaps we will send our genes out into the stars, to settle other planetary bodies or build stations in deep space itself.

But Earth will always be our first home. That we did not go extinct all those years ago is a testament to our resilience, as well as a warning: we are intricately tied to our environment. Indeed, climate data are revealing that human adaptability itself arose from the need to survive a changing planet. Humanity's story is a feedback loop of challenge and triumph, one that has brought us further than any other species we know of but whose end is not yet written.

This article was originally published with the title "Humanity's Journey" in SA Special Editions 28, 4s, 1 (September 2019)

20 hours ago — Isobel Whitcomb and Gizmodo 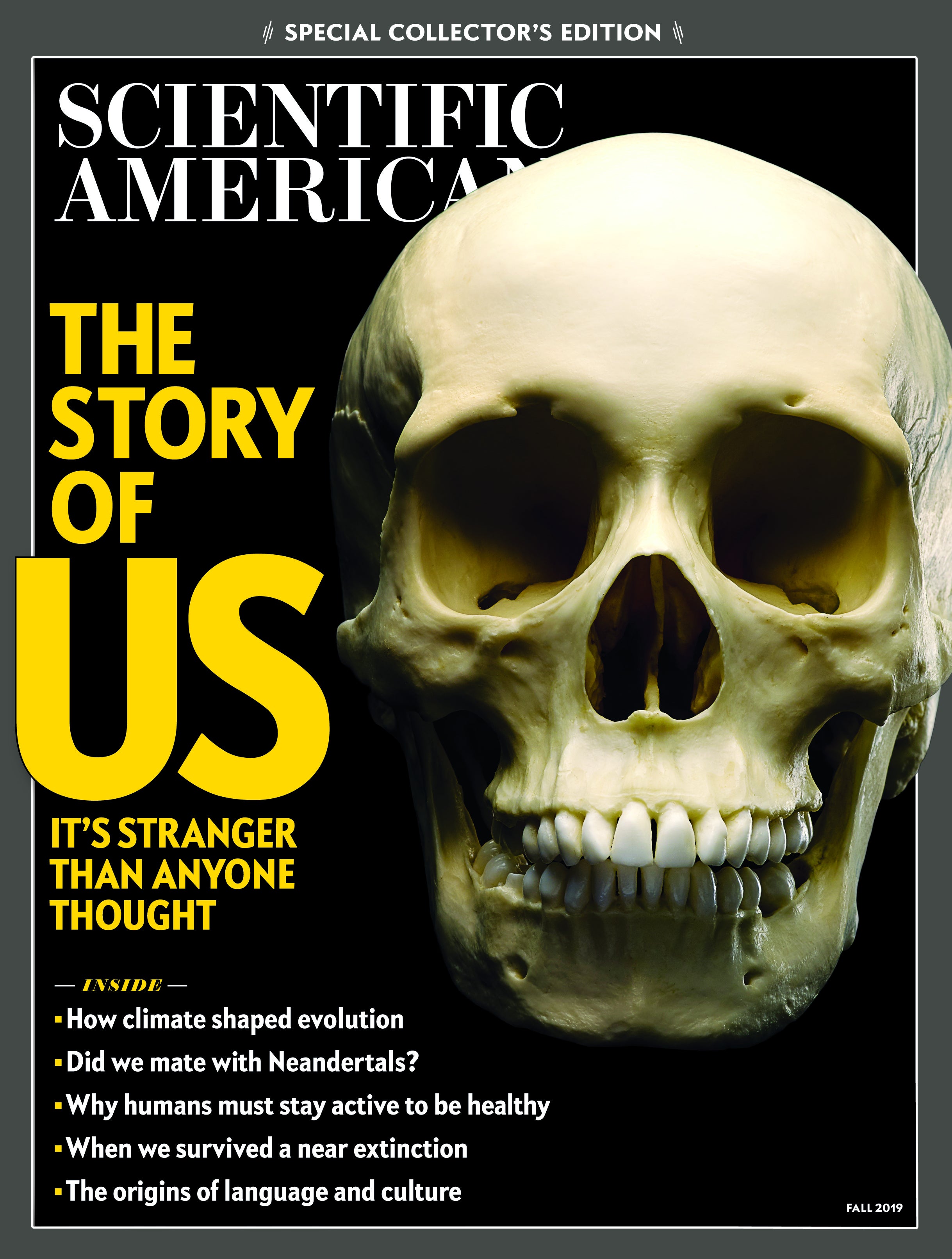