“The seismometer package left on the moon by the astronauts began reporting tremors as soon as it was installed. The first signals were produced by Armstrong and Aldrin as they walked about completing their tasks. The takeoff of the lunar module Eagle was also recorded clearly. The first group of high-frequency events seemed mysterious, but they were finally attributed to various venting processes. ‘We had no idea [the module] would be such a living, breathing monster,’ said Gary Latham of the Lamont-Doherty Observatory, the designer of the seismometer. The second group of events evidently represent rock sliding down the steep sides of craters. The most revealing class of events, more than 20 in all, are thought to be genuinely tectonic, meaning events caused by activity below the moon's surface.”

“The existence of a stable polymeric form of water with properties very different from those of ordinary water has been verified by a joint research group from the National Bureau of Standards and the University of Maryland. The ‘new’ substance, which has been given the name polywater, had first been reported in the early 1960s by Russian chemists. The new findings indicate that polywater is a stable polymer chain based on ordinary water molecules. In contrast to normal water, polywater maintains its molecular structure up to about 500 degrees Celsius. But if polywater is so stable, why has it never been found in nature?” Polywater proved to be ordinary water contaminated by organic compounds (possibly including sweat).

“The Tieton Irrigation Canal, in the State of Washington, was constructed in 1907–1909 by the United States Reclamation Service, and has been carrying irrigation water for the past eight years. After 8,000 acres were added to the irrigation district, it was necessary to increase the water-carrying capacity of the canal. To enlarge the canal, a new top segment was cast in place on each side, after removing the cross-braces. The outstanding problem was the delivery of construction material to the local working points. It was necessary to employ the canal itself as a highway for further distribution of material to the workmen. Mules hauled good loads in very satisfactory time [see illustration].”

“During the war, black walnut and mahogany were practically the only species used for propellers. Since the available supply of these species in the U.S. was not sufficient to keep up the necessary production, other species had to be substituted. The U.S. Forest Products Laboratory at Madison, Wis., was able to suggest several native woods which appeared suitable for propellers. Quarter-sawn white oak combat propellers were put into production and other native species, such as birch and maple, were used on training planes, but not for combat propellers. At the present time almost all propellers are made up with hide glue. It is not waterproof, and under extreme conditions of humidity the joints may open.”

“An invention has been produced in Paris for settling disputes between cab hirers and cab drivers, which seems to deserve attention. According to the account of it, the ‘compteur méchanique,’ or calculating machine, not only reckons the distance traversed, but indicates as well the exact sum of money due to the driver. Two dials are fixed on the back of the driving seat; one contains a clock, while on the other the distance traveled.”

“Theological writers have always been puzzled to fix upon any very definite idea in regard to the geographical—so to speak—location of heaven. But at last we have a philosopher sufficiently bold who undertakes to remove our perplexity, D. Mortimer, M.D. According to his theory, ‘there is a vast globe or world far within the surrounding photosphere of ethereal fire, the sun.’ Dr. Mortimer states that he has brought divine revelation to bear on this vast central globe, and is plainly convinced ‘that the globe thus discerned is the Heavenly Empire wherein the righteous from this earth find their future home,’ for all of which information, doubting and believing souls will forever thank the learned doctor.” 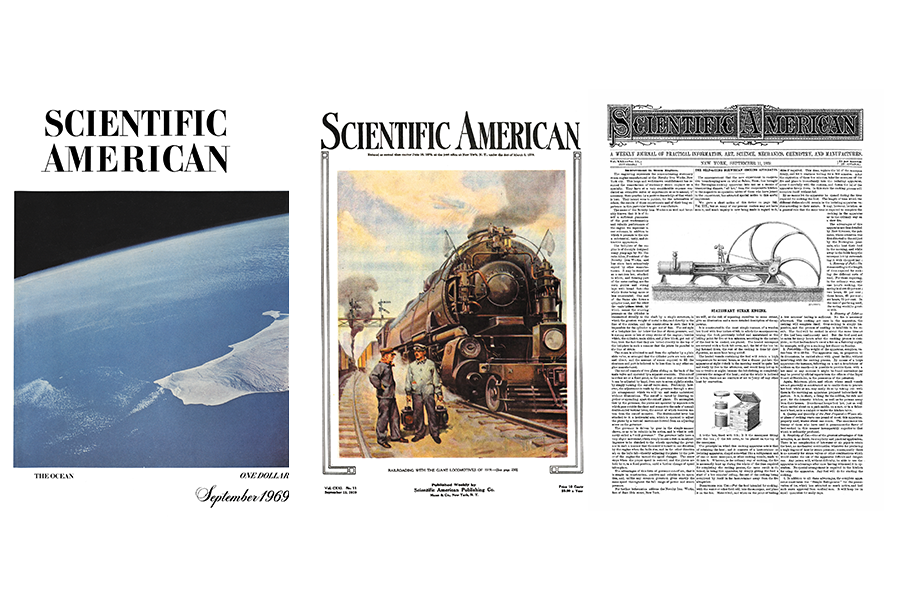