Mark Alpert is an internationally bestselling author of science thrillers. His latest novel is Saint Joan of New York: A Novel about God and String Theory. Follow him at www.markalpert.com. Follow Mark Alpert on Twitter

John Conway and The Mathematical Intelligencer 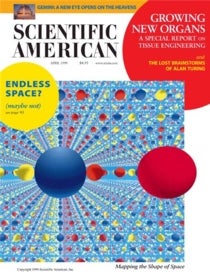