“Can hard steels ever be made tough and ductile? One of the properties of materials that are of greatest concern to engineers and scientists concerned with materials is fracture. The scope of fracture problems is wide, ranging from catastrophic failures of bridges, tanks, pipelines and machine parts to basic considerations such as how atoms become separated when single crystals of a metal are broken. Both calculations and experiments have shown that the metals used by engineers should be about 10 times stronger than the engineer actually finds they are. The story of modern steels is an example of the kind of investigation that is helping to reveal and define the upper boundaries of strength and ductility that practical materials may reasonably be expected to reach within the next decade.”

“The wave of hysterical rejoicing that swept over the United States when our President announced the signing of a truce had many impulses; but none was more strong than the conviction that, with the death of German militarism, there had died also the ever-present threat of war and the ever-accumulating burden of naval and military armaments. With the surrender of the German fleet and the passing of Germany as a first-class naval power, the United States moves up again to its former position as the second great naval power of the world. Furthermore, it finds itself committed, through its administrative head, to the noble concept of perpetuating our alliance for war as an alliance for peace, by the formation of a great League of Nations, one of the first fruits of which will be that limitation of armaments to which the war-mad German was formerly the unsurmountable obstacle.”

“In the recent epidemic of influenza the United States Public Health Service was called upon for a far greater measure of service to the nation than it was able to render. This onslaught of the Grim Reaper (to borrow a phrase from the fledgling reporter's vocabulary) found the country unprepared. The Health Service did well, under the circumstances. An emergency appropriation of a million dollars was rushed through Congress. The Volunteer Medical Service Corps furnished a list of a thousand physicians, to whom temporary appointments were offered by telegraph. Some nurses, though far too few, were obtained with the aid of the American Red Cross. All these measures, however, savor of improvisation; and a newly arrived Martian would certainly gain the impression from the recent occurrence that no great epidemic of disease had ever before visited our nation. Otherwise (we may suppose the enlightened stranger saying to himself) these Earthians would have had the defensive machinery all ready to set in motion.”

“Dr. Livingstone, relating his adventures on Lake Nyassa [also called Lake Malawi], thus tells one curiosity which he fell in with: ‘During a portion of the year, the northern dwellers on the lake have a harvest which furnishes a singular kind of food. As we approached our limit in that direction, clouds, as of smoke arising from miles of burning grass, were observed bending in a southeasterly direction. We sailed through one of the clouds, and discovered that it was neither smoke nor haze, but countless millions of minute midges called kungo (a cloud of fog). They filled the air to an immense height, and swarm upon the water too light to sink in it. The people gathered these insects by night and boiled them into thick cakes to be used as a relish—millions of midges in a cake. It tasted not unlike caviare or salted locusts.’”

“The velocipede mania is beginning to set in, and with the opening of the spring months we may expect to see our parks and highways thronged with this cheap and agreeable substitute for the horse. The two-wheeled velocipede is not exactly the thing wanted for general use, as it will be somewhat difficult for novices to keep upright upon it. A nicely adjusted vehicle with a double hind wheel would be most desirable for all classes. The ladies will need something of the kind, and for obvious reasons; unless they don the Bloomer costume, they will not be able to ride on the two-wheeled machine.” 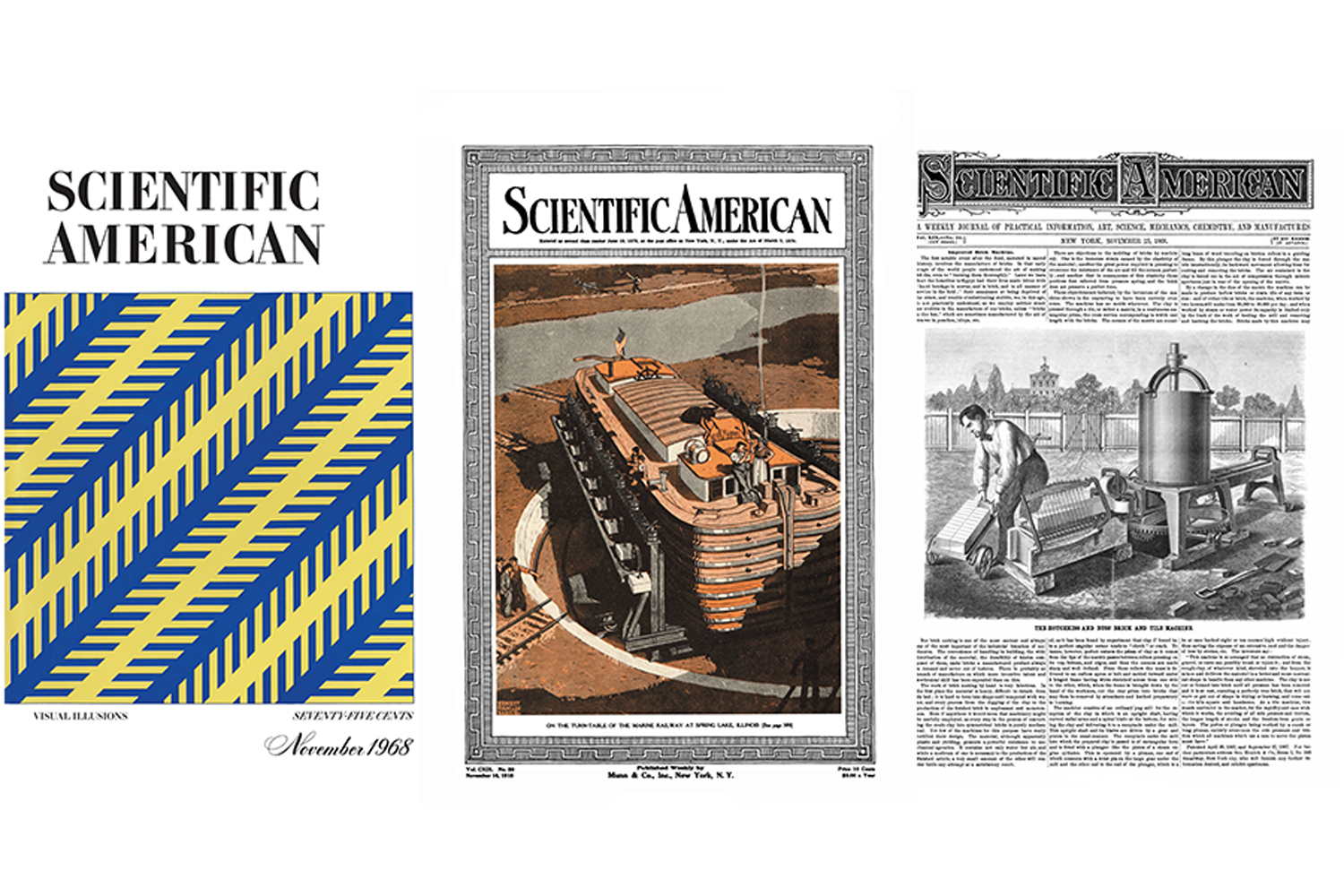 Dinosaurs Got Cancer Too

How a More Conservative Supreme Court Could Impact Environmental Laws