The COVID Lab-Leak Hypothesis: What Scientists Do and Do Not Know

Animal Kids Listen to Their Parents Even before Birth

A Better Way to Pay for Health Care

Electrodes That Stimulate the Brain Reveal the Roots of Conscious Experience

The Reason Some Republicans Mistrust Science: Their Leaders Tell Them To 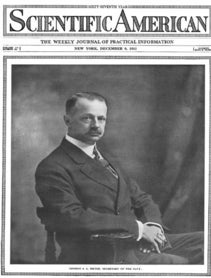