The birds of prey have had an uneasy coexistence with man. Apart from the training of certain hawks for falconry and the veneration of the eagle as a symbol of fortitude, the predatory birds have been preyed on by the human species. In many parts of the world farmers, hunters and bird-lovers have waged unceasing warfare on the rapacious birds as pests, and egg collectors have further threatened their survival by raiding their nests for the beautifully pigmented eggs. Nevertheless, over the centuries the birds of prey on the whole survived well. The peregrine falcon, for example, is known to have maintained a remarkably stable population; records of aeries that have been occupied more or less continuously by peregrines go back in some cases to the Middle Ages.

About two decades ago, however, the peregrines in Europe and in North America suddenly suffered a crash in population. The peregrine is now rapidly vanishing in settled areas of the world, and in some places, particularly the eastern U.S., it is already extinct [see illustration on page 74]. The abrupt population fall of the peregrine (known in the U.S. as the duck hawk) has been paralleled by sharp declines of the bald eagle, the osprey and Cooper's hawk in the U.S. and of the golden eagle and the kestrel, or sparrow hawk, in Europe. The osprey, or fish hawk, has nearly disappeared from its haunts in southern New England and on Long Island; along the Connecticut River, where 150 pairs nested in 1952, only five pairs nested in 1969.

The population declines of all these raptorial birds are traceable not to the killing of adults but to a drastic drop in reproduction. It has been found that the reproduction failures follow much the same pattern among the various species: delayed breeding or failure to lay eggs altogether, a remarkable thinning of the shells and much breakage of the eggs that are laid, eating of broken eggs by the parents, failure to produce more eggs after earlier clutches were lost, and high mortality of the embryos and among fledglings.

Examination of the geographic patterns suggests a cause for the birds' reproductive failure. The regions of population decline coincide with areas where persistent pesticides-the chlorinated hydrocarbons such as DDT and dieldrinare widely applied. Attrition of the predatory birds has been most severe in the eastern U.S. and in western Europe, where these pesticides first came into heavy use two decades ago. Analysis confirmed the suspicions about the pesticides: the birds were found to contain high levels of the chlorinated hydrocarbons. In areas such as northern Canada, Alaska and Spain, where the use of these chemicals has been comparatively light, the peregrine populations have remained normal or nearly normal. Recent studies show, however, that even in the relatively isolated North American arctic region the peregrines now have fairly high levels of chlorinated hydrocarbons and their populations apparently are beginning to decline.

The birds of prey are particularly vulnerable to the effects of a persistent pesticide such as DDT because they are the top of a food chain. As George M. Woodwell of the Brookhaven National Laboratory has shown, DDT accumulates to an increasingly high concentration in passing up a chain from predator to predator, and at the top of the chain it may be concentrated a thousandfold or more over the content in the original source [see "Toxic Substances and Ecological Cycles," by George M. Woodwell; SCIENTIFIC AMERICAN, March, 1967]. The predatory birds, as carnivores, feed on birds that have fed in turn on insects and plants. Hence the birds of prey accumulate a higher dose of the persistent pesticides and are more likely to suffer the toxic effects than other birds.

This article was originally published with the title "Pesticides and the Reproduction of Birds" in Scientific American 222, 4, 72-78 (April 1970) 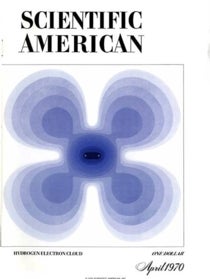