This article was originally published with the title "Progress of New York's State Barge Canal" in Scientific American 105, 13, 277 (September 1911) 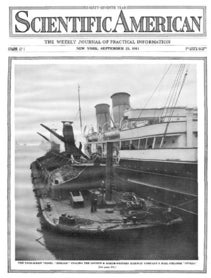