The Human Planet: Earth at the Dawn of the Anthropocene
Photography by George Steinmetz
text by Andrew Revkin. Abrams Books, 2020 ($50)

This stunning book offers a bird's-eye view of a changing Earth—each image taken by Steinmetz on a paraglider or by a camera attached to a drone. But it is not just another coffee-table book of photographs. Veteran journalist Revkin, who has devoted his career to covering a warming world, makes the strong case throughout that it is no longer enough to passively observe how the climate is transforming Earth. We must ask ourselves what kind of future we wish to create. Nearly every locale covered—from the islets of the Maldives to the South Pole—is subject to the effects of human action or will be soon.* As Revkin writes, “Our species has, in an instant of planetary time, become a potent planet-scale player.”

Edward Oscar Heinrich is “the most famous criminalist you've likely never heard of.” Through a hybrid of biography, true crime and science history, journalist Dawson introduces the riveting narrative of how largely self-taught scientist Heinrich helped to pioneer and refine many areas of forensic science over a 40-year career spent working more than 2,000 cases. Dawson—who was granted exclusive access to Heinrich's vast forensic archives—uses several of the headline-grabbing cases he investigated as the lens to illuminate the scientist's contributions to the U.S. court system, ranging from ballistics evidence to forensic entomology. That legacy is a mixed one, though, as Dawson point outs, with some of the disciplines he championed, such as blood-spatter patterns, having since been debunked. — Andrea Thompson

In the Waves: My Quest to Solve the Mystery of a Civil War Submarine
by Rachel Lance
Dutton, 2020 ($28)

Most would refuse to climb into a 40-foot-long metal tube—of dubious quality—with a 135-pound black powder charge attached to it. But the small crew of the Confederate submersible craft, the HL Hunley, did exactly that. Unfortunately for them, the sub sank in 1864 during battle, killing all onboard. The ship's remains were raised in 2000 from the bottom of the Charleston, S.C., harbor, and researcher Lance chronicles her subsequent investigation into what precisely sunk the craft. She builds a model of the boat, tests the explosive force of the charge it carried, re-creates the blast effects on the craft's hull, and considers whether the crew's fate was asphyxiation or, perhaps, death by gunfire. In the end, the answer to the 156-year-old cold case was uncovered far away from the scene of the sinking: a farm pond in North Carolina. —Michael Mrak

The Alchemy of Us: How Humans and Matter Transformed One Another
by Ainissa Ramirez
MIT Press, 2020 ($27.95)

Humans have reshaped the world with inventions such as railroads and transistors. But these innovations have altered our behavior in turn. Materials scientist Ramirez details the battle between retired reverend Hannibal Goodwin and entrepreneur George Eastman of the Eastman Kodak Company over the patent for lightweight, flexible photographic film. She also exposes a sinister side of the story, explaining how Kodak's engineers created film that made darker faces appear flat, almost like inkblots, because they fine-tuned the product's sensitivity to lighter skin tones. And barrier breakers such as Polaroid employees Caroline Hunter and Ken Williams fought tirelessly, starting in 1970, to pressure Kodak to divest from apartheid-era South Africa. New technologies may lead to a brighter future, but as Ramirez writes, “their use is not always for the greater good.” —Sophie Bushwick 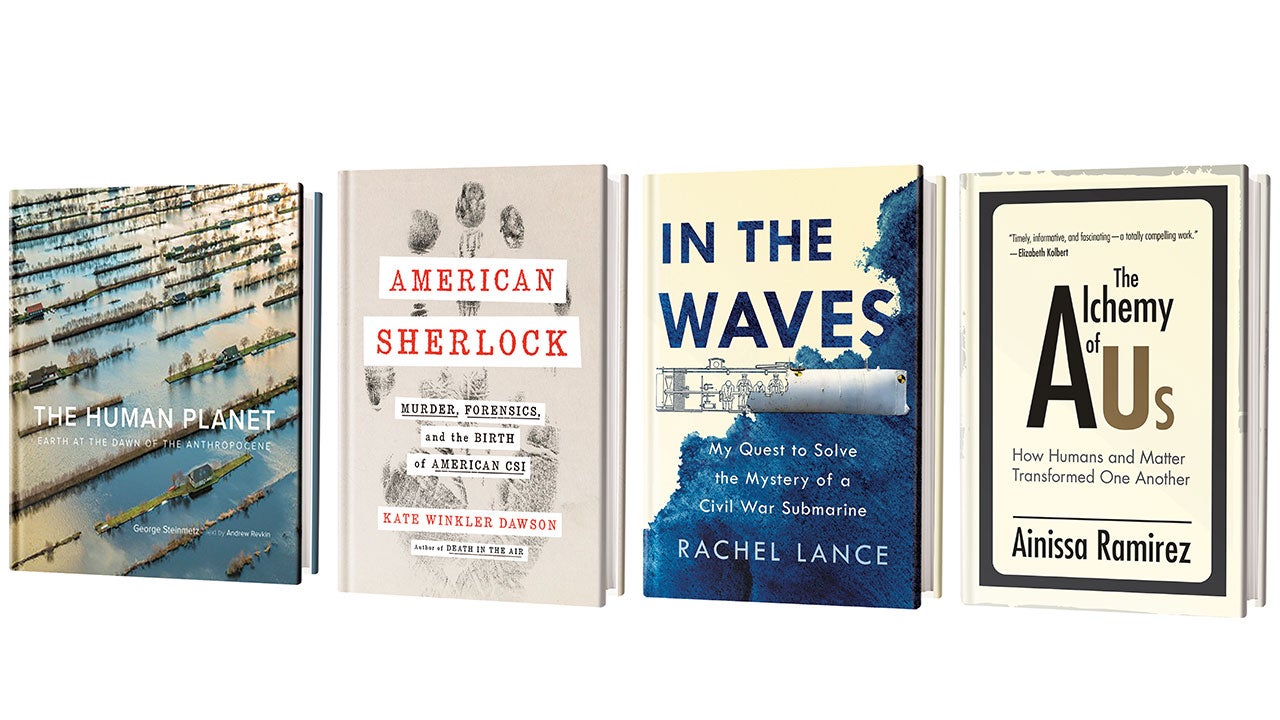 *Editor’s Note (6/4/20): This sentence has been edited after posting to correct a reference to the South Pole.

This article was originally published with the title "Recommended" in Scientific American 322, 4, 66 (April 2020)