In this stargazer’s guide (with a glow-in-the-dark cover), astrophysicist Barker gives tips for finding celestial phenomena with or without a telescope. She shares practical tips and tricks to navigate the boundless sky, such as how to identify the constellation Orion, spot the red supergiant star Betelgeuse and even locate the Apollo 11 moon landing site. The amusing illustrations and maps come in handy to identify the right time and place for observing. Although only 50 sights are highlighted, there is much more to explore out there. As Barker writes, “the sky isn’t the limit—the sky has no limit.” —Sunya Bhutta

The Bastard Brigade: The True Story of the Renegade Scientists and Spies Who Sabotaged the Nazi Atomic Bomb
by Sam Kean
Little, Brown, 2019 ($30)

As World War II enveloped Europe and the Pacific, a battle was playing out between a group of Nazi physicists dubbed the Uranium Club and the Alsos Mission, a clandestine faction of the Manhattan Project. Writer Kean breaks down the sabotage eff orts of Alsos members such as baseball-player-turned-spy Moe Berg, as well as others who got drawn in, including Joseph Kennedy, Jr., and Nobel Prize–winning chemist Irène Joliot-Curie. Together they prevented the Nazis from developing nuclear weapons. Kean traces the scientific discoveries that led to the creation of the bomb and includes illustrations that take on challenging concepts. The world might be vastly different had Germany harnessed nuclear weapons first. —Jennifer Leman

The Trouble with Gravity: Solving the Mystery Beneath Our Feet
by Richard Panek
Houghton Mifflin Harcourt, 2019 ($28)

The reason rain falls down, not up, and why balls inevitably reach the ground: gravity. This most familiar force seems simple—even babies get the concept. Yet gravity is fundamentally a mystery, writer Panek reveals in this beautiful and philosophical investigation of nature’s weakest force. He surveys creation myths for a cultural understanding of gravity, interviews physicists about why the multiverse might explain gravity’s strangeness and even meditates on the force of gravity pulling the waves off Italy’s Amalfi Coast. Readers will not emerge from this book with the answer to the question “What is gravity?”—a so far unanswerable quandary—but they will gain many and varied insights from the asking.—Clara Moskowitz

The U.S. was once a backwater for mathematical research, but over the past 200 years it has become a powerhouse, writes math professor Roberts. He explores this transition through stories of lesser-known thinkers, such as Catharine Beecher, who founded schools for women and wrote arithmetic textbooks, and famous ones such as John Nash. Perhaps most unexpected is a chapter on Abraham Lincoln, who gained math experience surveying land and studying geometry. Roberts calls into question Lincoln’s heroic status, describing the surveying’s role in forcing Native Americans off their land. Later chapters offer a similar dose of honesty, entwining mathematics with social realities. —Leila Sloman 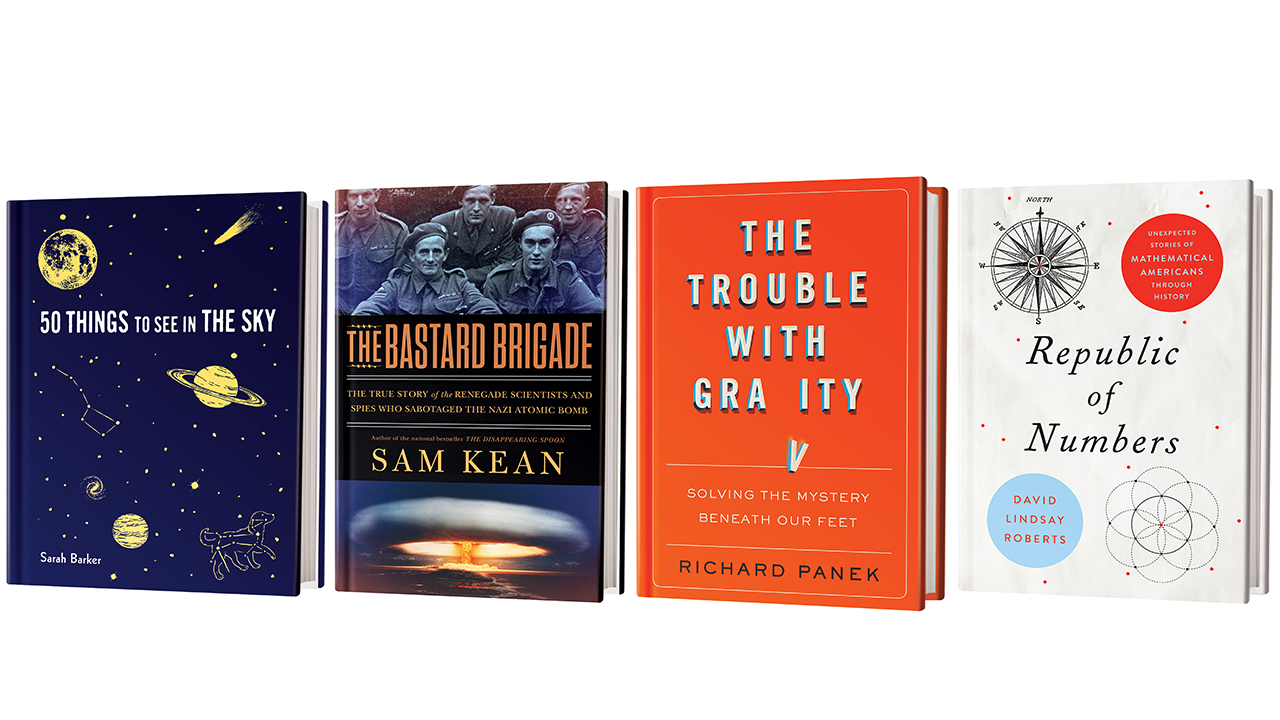 This article was originally published with the title "Recommended" in Scientific American 321, 4, 76 (October 2019)