“Several studies in the past decade have suggested that the death rate from coronary disease is inversely correlated with the hardness of the local water supply: the harder the water, the lower the coronary rate. A study recently published in The New England Journal of Medicine reports evidence that the excess coronary deaths in soft-water areas are almost entirely sudden deaths outside the hospital. Researchers at the University of Toronto School of Hygiene reviewed the death certificates of 55,000 people who died in the province of Ontario in 1967 and classified the deceased individuals according to the hardness of their local water supply.”

The reason for the link is still under debate; latest theories suggest more magnesium and calcium are beneficial.

“Vaccines that have produced immunity against rubella (‘German measles’) in more than 95 percent of the test subjects who have received them will probably be licensed in the U.S. within a matter of weeks. Widespread immunization with these vaccines could prevent another wave of infection, anticipated for the early 1970s, like the one that swept across the U.S. in 1964, causing at least 8,000 fetal deaths and afflicting 15,000 to 20,000 infants with deafness, heart disease, cataracts, glaucoma, psychomotor retardation and blood disorders.”

“Search through the history of all the arts and sciences, and you will find none that has furnished so much of the sensational and the heroic as the latest of them all: the art of flying—that amazing child of the Twentieth Century. A land bird, scorning its native element, had swept across the Atlantic from Newfoundland to the Irish Coast in one wild flight of sixteen hours and a half. The Vickers-Vimy bomber, which carried Captain Alcock on his amazing dash, was built to bomb Berlin. The landing was made within a few miles of the place selected by Navigator Brown. So these gallant lads, who had lunched in America, had their breakfast, next day, in Europe.”

“Another of the leading scientific societies of Great Britain, the Geological Society, has decided to admit women as fellows. This step has been considered by the society on three previous occasions, with negative results.”

“A velocipede adapted to the use of all, old or young, large or small of either sex, skilled or unskilled, in which the pleasure of the exercise is enhanced by association, is shown in our engraving. The action and details of this invention are well delineated by our artist. This machine is designed for use in private and public pleasure grounds, or to be let by the hour at large fairs. It does one’s heart good, says our enthusiastic informant, to hear children fairly shriek with glee as the maximum speed is attained.”

“On the evening of the 15th of April a magnetic storm of unusual force prevailed over the entire northern section of the country, which so seriously affected the operation of the wires that, on some circuits, they could only be worked by taking off the batteries and employing the auroral current instead. The effect of this great disturbance of the earth’s magnetism was manifested with particular power upon the wires between New York and Boston, and for several hours the lines upon this route depended entirely upon this abnormal power for their working current.”

Paper for the Nose

“The Japanese dignitaries, says the Boston Journal of Chemistry, who recently visited this country under the direction of Mr. Burlingame, were observed to use pocket paper instead of pocket handkerchiefs, whenever they had occasion to remove perspiration from the forehead, or ‘blow the nose.’ The same piece is never used twice, but is thrown away after it is first taken in hand. We should suppose in time of general catarrh, the whole empire of Japan would be covered with bits of paper blowing about. The paper is quite peculiar, being soft, thin, and very tough.” 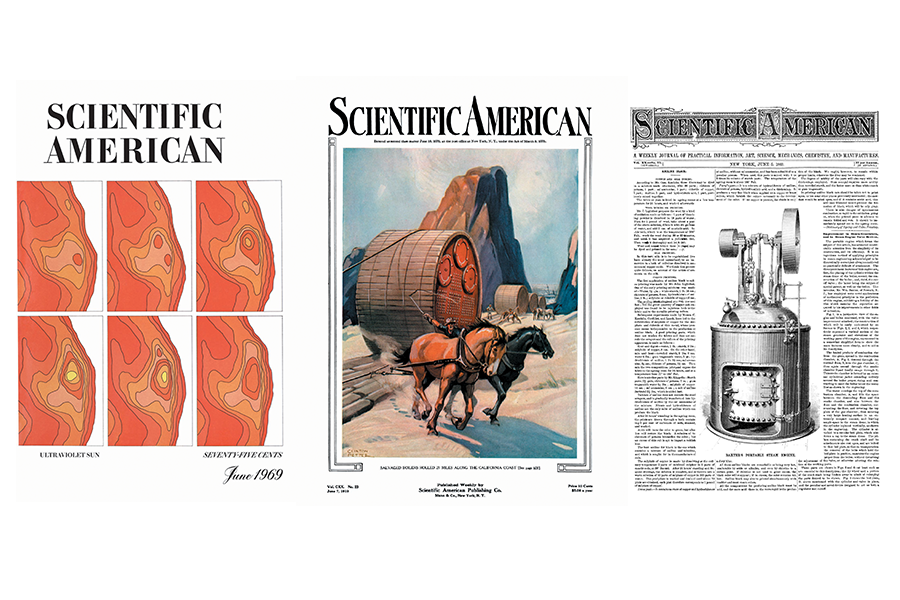 If Humans Are the Smartest Animals, Why Are We So Unhappy?