This article was originally published with the title "The Current Supplement, Cuttlefish Farms, and more" in Scientific American 105, 8, 178-179 (August 1911) 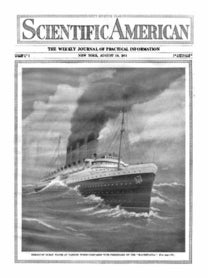