This article was originally published with the title "The Exhibition of the American Institute" in Scientific American 21, 16, 249-251 (October 1869) 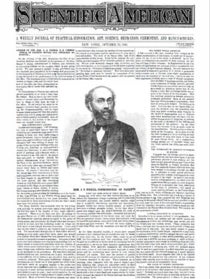