This article was originally published with the title "The Great Clock of Beauvais Cathedral and the Strasbourg Clock" in Scientific American 21, 8, 114 (August 1869) 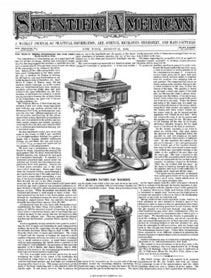