The mind in the brain employs the nervous system as so many instruments of communication with the outer world. The eye is necessary to sight, but it does not see; for if thc nerve which forms a communication between it and the brain be divided, the vision will be destroyed; and so with all the other organs of sense. Some have believed that the heart is the seat of the mind, and it is quite common to consider it the source of the affections. It is perfectly easy, however, to trace all the passions and mental phenomena to their great lodging-place in the brain. Vision has been destroyed in some persons, and yet by pressure on the optic nerve they have been haunted by illusions, believing that they saw objects which did not exist. After a person's leg or arm is amputated, he feels for a long time afterwards, as if his fingers or toes still belonged to him. The spinal cord generates nervous energy for muscular actions, influences the secretions, regulates the motions of the heart, and maintains the action of the different organs in harmony to perform their several functions, but it has no relation whatever to the faculties of perception and thought. It is composed of the same material as the brain, but its fibers and vessicle.s are a constant repetition of the same structure, while in the brain there is an endless variety in their arrangements ; this is the reason why the brain is considered to be a congerie of organs. A large extravasation of blood within the head, by the pressure which it causes on the brain, produces total insensibility to external impressions, and suspends volition. The effect of a similar injury to the spinal cord is very different. The parts below the injury are deprived of their sensibility, at the same time those parts of the body which are above the injury maintain their sensibility and power of motion unimpaired. A person who has received a mortal injury of the spinal cord in theneck may live for five or six days, nothing living but the head. A case of this kind occurred in the city of Brooklyn during the past summer. A young man, in the very prime of manhood, injured the spinal cord in his neck by striking the bottom of the river when diving ; and while the body below the head is said to have been dead from the period of the accident, the head lived for several days afterwards, and the mind, during part of that period, evinced its consciousness.

This article was originally published with the title "The Mind and the Nerves" in Scientific American 13, 18, 141 (January 1858) 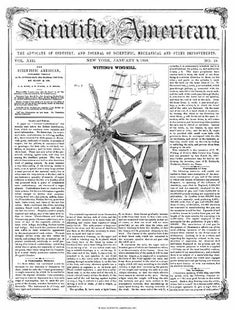