On December 2, 1943, a German air raid bombed a port in the Italian city of Bari. Among the 40 ships that were damaged, destroyed or sunk was the U.S. Liberty ship John Harvey, which carried a secret cargo of 2,000 mustard gas bombs. With the ship's destruction, mustard gas leaked into the harbor and dispersed into the clouds of smoke and flame from the bombing. In 24 hours more than 600 people in the area reported symptoms of mustard gas poisoning. Writer Conant gives a riveting account of the surprising twist that evolved out of this devastating military disaster. Observing the cell-killing effects of mustard gas on victims' tissue samples, diligent doctors Lieutenant Colonel Stewart F. Alexander and Colonel Cornelius P. Rhoads, among others, carried out research that led to several cancer therapies, including methotrexate, which is still in use today. The nascent field of chemotherapy that resulted suffered innumerable obstacles and setbacks—some treatments proved too toxic, and others offered only temporary inhibition of tumor growth. Although more than 75 years have passed since this work began, Conant shows how the challenges facing modern oncologists—and their determination to keep trying new treatments—bear a remarkable resemblance to those early efforts.

A Series of Fortunate Events:  Chance and the Making of the Planet, Life, and You
by Sean B. Carroll
Princeton University Press, 2020 ($22.95)

The idea that chance rules our lives “vaporizes the comforts of anthropocentrism,” biologist Carroll writes. But for the author, this notion is also a freeing revelation. With conversational wit, Carroll encourages us to embrace the randomness of the world. If the asteroid that wiped out the dinosaurs had arrived 30 minutes earlier or later, for instance, the impact would not have produced enough soot and aerosols to precipitate a mass extinction. And in the microscopic realm, spontaneous quantum fibrillations lasting one one-thousandth of a second cause mutations in our DNA, enabling both evolution and cancer. Drawing philosophical inspiration from Nobel Prize–winning biologist Jacques Monod's 1970 Chance and Necessity, Carroll explores these and other cosmological, geological and biological accidents that have shaped the course of the world—and that continue to shape our individual lives. —Scott Hershberger

Beyond Earth’s Edge: The Poetry of Spaceflight
edited by Julie Swarstad Johnson and Christopher Cokinos
University of Arizona Press, 2020 ($19.95)

The heavens are fertile ground for poetry. They are, after all, the original tapestries on which our ancestors wove their myths and legends, making sense of life on Earth by projecting the deeds of deities and heroes onto stellar constellations and planetary conjunctions. With the dawn of the Space Age, a new era of mythmaking was also ushered in, one in which the outsize actions of astronauts, robots and satellites could profoundly influence the hearts and minds of everyone dwelling down below—including some of our world's greatest poets. Offering selections from Ray Bradbury, Nikki Giovanni, Robert Hayden, Pablo Neruda, May Swenson, and many other luminaries alongside their own works, editors Johnson and Cokinos have created a profoundly stirring evocation of the glory and tragedy of spaceflight that lets us better see not only worlds beyond but also ourselves. —Lee Billings 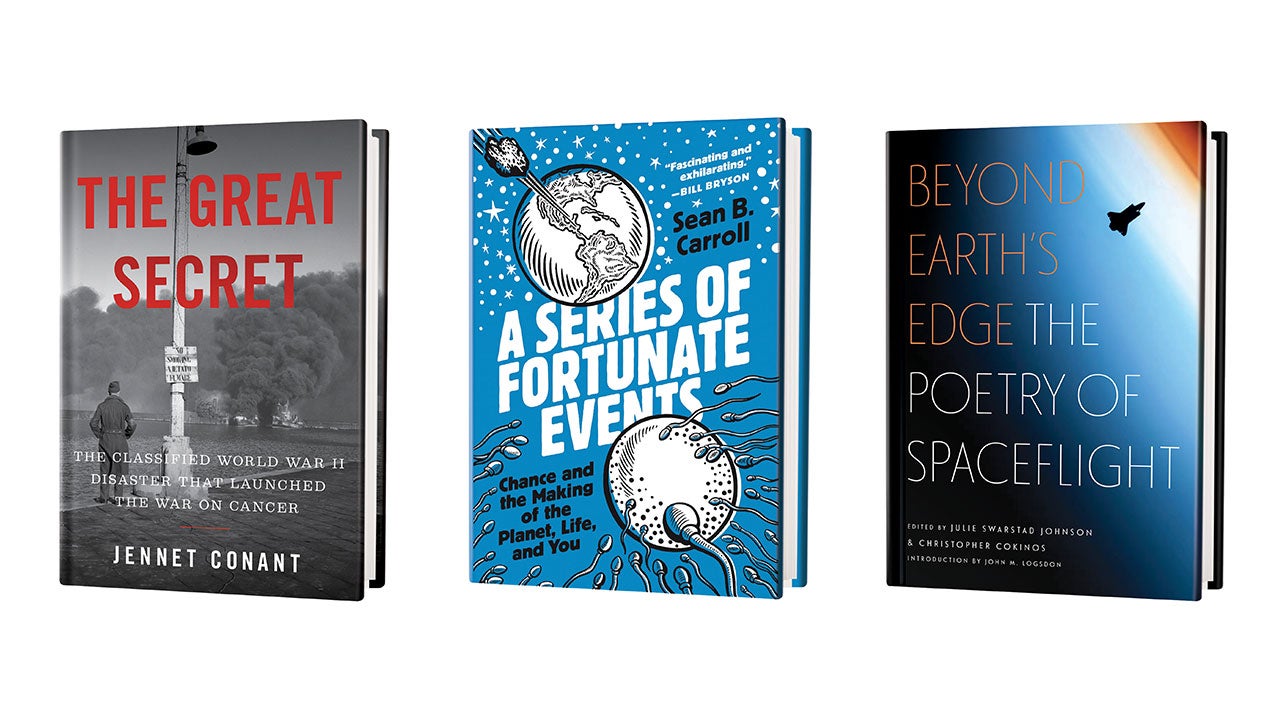 This article was originally published with the title "Recommended" in Scientific American 323, 4, 80 (October 2020)