Fossil discoveries provide a thrilling, though only partial, picture of creatures that lived long ago. In this captivating collection of drawings and paintings, artist Gurche extrapolates the soft-tissue anatomy of various hominin specimens from their fossils, based on years of examining the relations of bone and tissue in modern apes and humans. Gurche aims for realism and never alters anatomy but lets art into his drawings in other ways—for example, an image of a Homo neanderthalensis skeleton that faithfully captures the bones' arrangement exactly as they were discovered is overlaid with whimsical blue and magenta orbs representing the sediment in which the fossil was found. He infuses character into the faces of early hominins, making it easy to imagine all they share with modern humans.

Throughout history Albert Einstein's first wife, Mileva Marić, was practically written out of the great physicist's story. Later she was credited as a secret collaborator on his most famous theories. Scholar Esterson and science historian Cassidy aim to set the record straight in this compelling biography. They pore over school transcripts, letters and contemporary accounts to assemble a cohesive picture of Marić's life. She overcame bias against women in science to pursue a Ph.D. in physics—but ultimately gave up her career when she married Einstein. As his confidant and study partner during his university days, Marić undoubtedly did contribute to Einstein's development as a scientist. But the authors find no evidence that she was a co-inventor of relativity, as some have claimed. “Tragically,” they write, “she did not achieve her full potential as a scientist ... nor did she realize her hopes and dreams in marriage and in life.” —Clara Moskowitz

What makes humans exceptional is a question to which thinkers and scientists have devoted decades of obsession and research. And yet, observes geneticist and science writer Rutherford, “many of the things once thought to be uniquely human are not.” Like us, many animals use tools, have sex for fun and communicate in complex ways. Indeed, we are not the only species with homosexuality (giraffes, for one) nor the only ones who exhibit viciously violent behaviors (bottlenose dolphins, for instance) or who grieve dead companions (observed in elephants and other animals). Looking at the latest evidence from behavioral science, genetics and paleoanthropology, Rutherford explores the ways that humans do differ from other animals and whether we are indeed as special as we once believed. “Paradoxically,” he writes, the answer is “both no and yes.” —Emiliano Rodríguez Mega

The Perfect Predator: A Scientist’s Race to Save Her Husband from a Deadly Superbug
by Steffanie Strathdee and Thomas Patterson.
Hachette Books, 2019 ($28)

Epidemiologist Strathdee never suspected the turn her vacation to Egypt would take. One night in Luxor, her husband, psychologist Patterson, fell ill to an ailment that caused nonstop vomiting and agonizing pain. After Patterson was medevaced to Germany, a doctor confirmed he had been infected with Acinetobacter baumannii, a deadly and drug-resistant superbug that led to the closure of several intensive care units across Europe. “My husband was about to become some nameless statistic,” Strathdee writes. In a desperate attempt to save his life, the couple agreed to experiment with a forgotten and mostly unregulated therapy: the use of viruses to kill off the resistant bacterium. Their account offers a fascinating and terrifying peek into the devastating outcomes of antibiotic misuse—and what happens when standard health care falls short. —E.R.M. 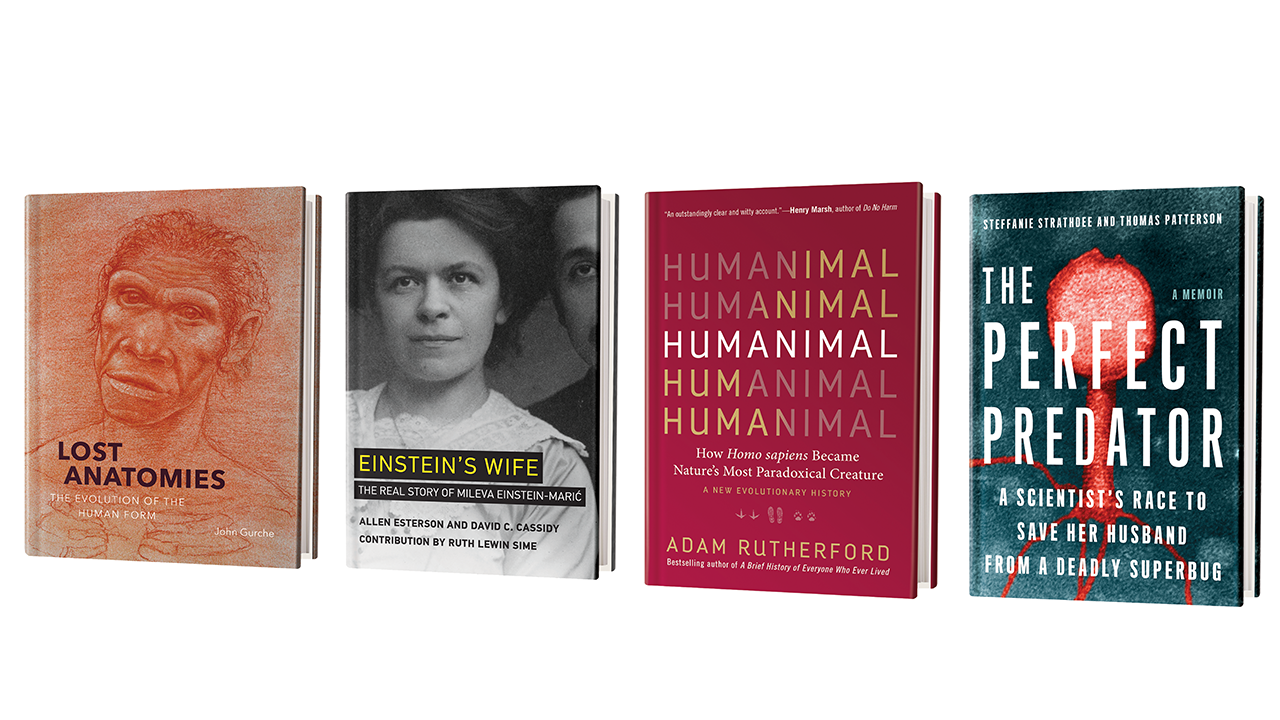 This article was originally published with the title "Recommended" in Scientific American 320, 3, 72 (March 2019)

If Humans Are the Smartest Animals, Why Are We So Unhappy?