The King Pedro IV Square in Lisbon, Portugal, better known as the Rossio, regales visitors with a delightful exemplar of the traditional pavement called calçada portuguesa. Originally cobbled in 1848, the dizzying light and dark undulations symbolize the sea voyages of Portuguese navigators and predate 20th-century designs by Op Art creators such as Victor Vasarely and Bridget Riley, while inducing similar perceptions of flowing motion. But does the vibrant pattern stand in the way of safety?

A recent study from the University of Bristol in England asked participants how walking on floors patterned with visual illusions affected their discomfort levels and feeling of instability. Neuropsychologist Ute Leonards, who led the study, first considered the potential negative impact of such illusory patterns on walking during a visit to the iconic street of La Rambla in Barcelona, Spain. “I had noticed the 3-D effect of the floor patterns and wanted to add them to my collection,” she recalls. As Leonards photographed the waves in the paving design, an older gentleman approached her. “He said that he didn’t like the floor at all, as he wasn’t sure when his feet would actually hit the ground and how high he should lift his feet not to trip . . . he walked [as if] afraid that there might be black ice.”

Back in the laboratory, Leonards and her collaborators investigated the effects of four illusory patterns on people’s walking experience. Two of the designs, consisting of black-and-white alternating “furrows and ridges” modeled after the undulating pattern in Rossio Square, looked three-dimensional despite being printed on flat surfaces. More than half of the walkers found such designs aversive or uncomfortable to tread on, affecting their stability and even occasionally inducing fear of falling. The discomfort may lie in the mismatch between the sensory and physical characteristics of the walking environment. In nature, surfaces that look bumpy are generally bumpy, but this was not the case for the floor patterns examined in the study—a concern that may extend to a number of human-built environments.

The clue to avoiding the clash of art and accessibility, Leonards says, is to bring people into the planning process directly from the start and think of the project in a human-centered way. “I don’t think that this comes at the cost of aesthetics,” she explains, “but rather allows a far bigger group of people to enjoy beautiful places safely.” 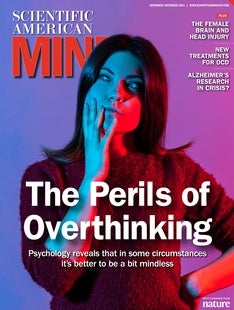