The depiction of intricate folds in loose hanging fabric is a recurring theme in the history of sculpture. From the Winged Victory of Samothrace in the 2nd century B.C., to Michelangelo’s Pietà, to Karen Lamonte’s drapery abstractions, a main challenge of artists has been to convey weightlessness and flow with such compact materials as steel and stone.

The Veiled Virgin, a 19th-century work by Italian sculptor Giovanni Strazza, demonstrates the extreme of this ambition, as one of the most exquisite illustrations of marble made ethereal.

Hewn from a block of Carrara marble and housed since 1862 in the Presentation Convent in Newfoundland, Canada, the sculpture is a bust of the Virgin Mary, with her gaze downcast as if in prayer or sorrow and her features shrouded by the thinnest and most translucent veil.

Although every layer in the sculpture is made of the same solid piece of rock, observers can perceptually separate the fabric of the veil from Mary’s facial features with little effort. This remarkable skill is not limited to draped faces but also applies to a great variety of objects, according to a recent study by Flip Phillips of the Rochester Institute of Technology and Roland Fleming of the Justus-Liebig-University Giessen in Germany.

The scientists were surprised about the consistency with which viewers mentally segregated the layers of all sorts of arbitrary items, not just the Veiled Virgin. “It seems to be a generic ability and not specific to familiar objects and materials,” Phillips says.

Phillips and Fleming also realized that, to credibly suggest transparency, Strazza’s carving strayed from the geometry of real drapery. Specifically, his portrayal of the Veiled Virgin alternates between rendering the true shape of an overlying textile and that of the face underneath as if it were unobstructed by material. One example is Mary’s left eye, which Strazza rendered as if uncovered by fabric, except for a few narrow ridges depicting the cloth.

Sculptors do not duplicate reality, Phillips points out. “They exaggerate some geometric features, minimize others, manipulate the surface qualities by burnishing and polishing” in the service of creating the illusion of two or more different materials (such as cloth or skin) with just an unrelated, single material to manipulate (such as marble). “This is fascinating,” he says. 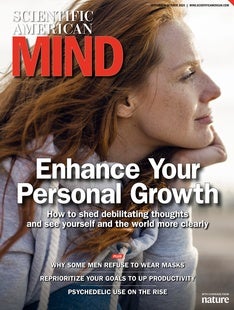