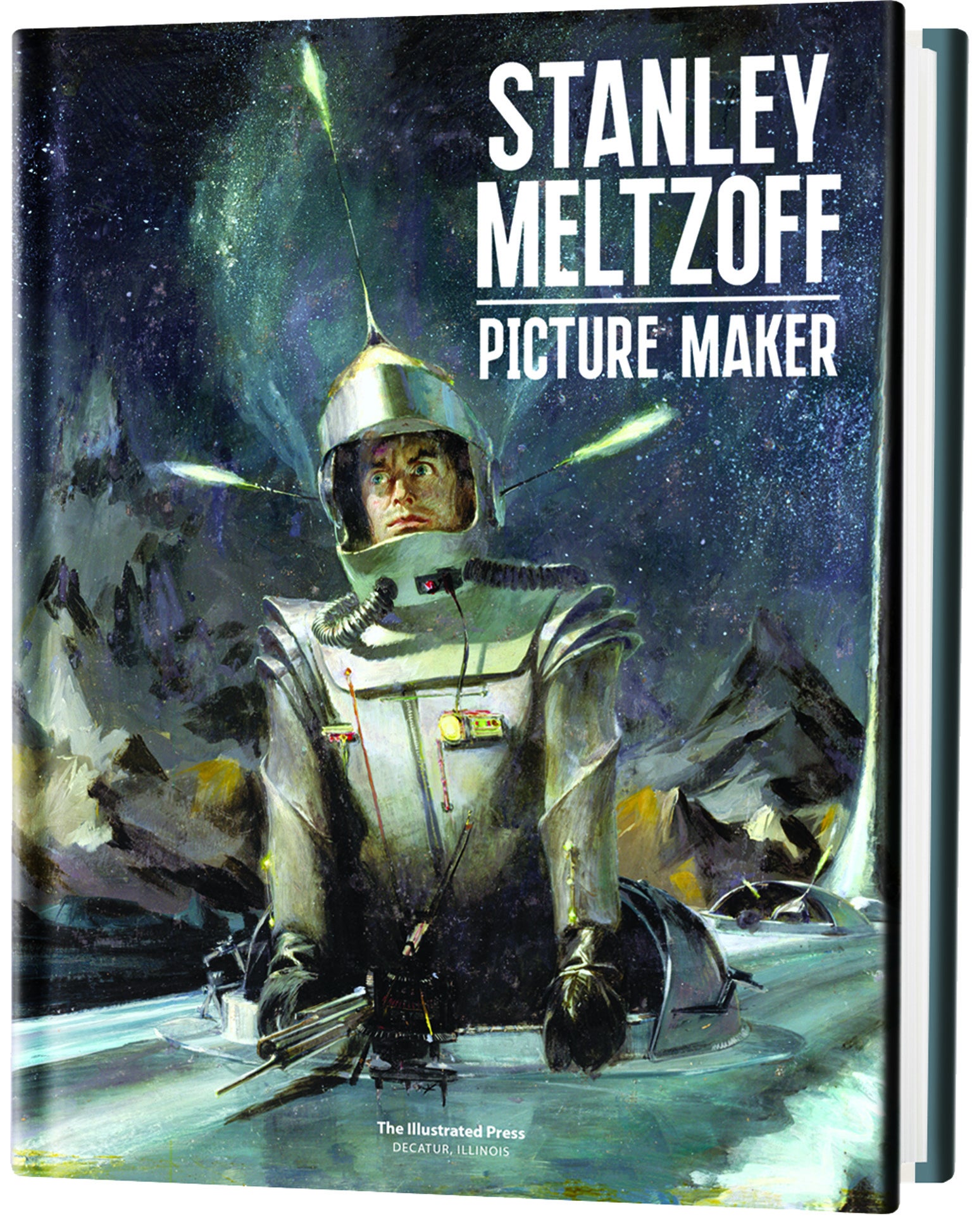 For the first century of its existence, Scientific American was primarily a listing of the latest inventions and patents. But in 1948, the magazine was sold and the new owners wanted to reimagine the publication's mission, hoping to make it more timely and authoritative. As part of this rebranding, they hired freelance artist Stanley Meltzoff to illustrate their covers. A graduate of the Institute of Fine Arts at New York University, Meltzoff had worked as an art director and journalist for an army newspaper during World War II. Afterward he made images for advertising agencies in Manhattan and paperback book covers. His work for Scientific American, a total of 65 covers, launched his career as a magazine illustrator, and he went on to create images for Life, National Geographic and Argosy. Meltzoff died in 2006 at age 89.

Meltzoff's paintings, memorialized in this mesmerizing collection, were all done by hand, mostly as oil on board or canvas. He became an avid scuba diver and painted fish and undersea life, which became his most famous artworks. In the autobiography that accompanies the images, Meltzoff adamantly calls himself simply a “picture maker,” believing that the practical, photorealistic nature of his work did not qualify as the higher-minded creativity of an “artist.” But to examine the images in this collection, it's hard not to feel that he was mistaken.

This article was originally published with the title "Recommended" in Scientific American 323, 1, 68 (July 2020)

What the Disease Feels Like, and Presidents Can't End Pandemics: COVID, Quickly, Episode 39