Fifteen years ago, the claim was audacious: that the best way to assure the health of pregnant women was to make sure they were included in experimental research on drugs and vaccines.

For years bioethicists and scientists had assumed the opposite—that exposing a fetus to a drug under study was ethically unacceptable. Oversight committees routinely required provisions that minimized the likelihood of pregnancy in almost all clinical studies. They insisted on pregnancy tests and contraception. A woman who became pregnant during a study had to be removed, and asked to discontinue use of the experimental drug. Such caution has had an unintended and harmful consequence: profound knowledge gaps around the safety and use of medications in pregnancy.

In recent years, however, researchers and policymakers have turned this ethical frame completely around. They have begun to recognize that ethics do not preclude research in pregnancy but rather require it.

Organizations that offer guidance about the development and use of drugs are now offering strong statements in favor of including pregnant women and their interests in the biomedical research agenda. For instance, recent draft guidance from the Food and Drug Administration calls filling knowledge gaps about medications in pregnancy a “critical public health need.” A taskforce report to the Secretary of Health and Human Services offers recommendations to advance the base of research data. More than 25 professional organizations have come together to advocate health policy initiatives that advance pharmacologic trials in pregnant and lactating women. According to revised U.S. research regulations in effect January 2019, pregnant women are no longer designated as a vulnerable population.

After a long battle, the question now is not whether to do research with pregnant women, but how to, ethically and efficiently, make up for so much lost ground. Many challenges remain.

One challenge is determining when to include pregnant women in research and when to exclude them. The answers depend on many factors pertaining to a particular study. Some note that including a small number of women who are pregnant can add complexity and cost to a study and may not yield enough data to make useful conclusions specific to pregnancy. Other unresolved issues include what studies should be conducted exclusively with pregnant women, at which point in the drug development pipeline pregnancy-specific data should be generated, and, after drug approval, how long is it acceptable to wait to assess safety or dosing for women who are pregnant. 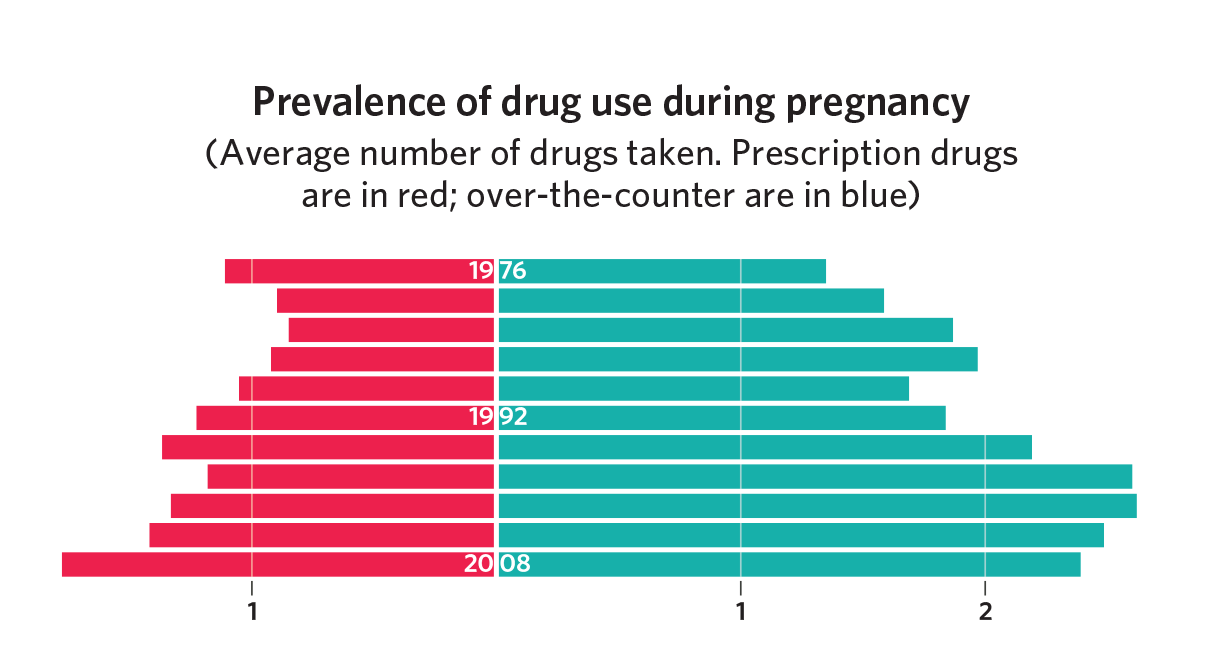 Incentives also need some attention. Despite the shift in ethical reasoning, many of those responsible for drug development may still have reason to exclude women. Pharmaceutical manufacturers may prefer not to use pregnancy-specific product labeling, which can make them liable for any drug-related harms to the women or their offspring; without such labeling, the liable party is usually the prescribing doctor. Many researchers and oversight committees tend to focus narrowly on minimizing risk among study subjects (or protecting institutional interests) rather than considering the interests of the general population who will be administered the drugs.

Entrenched patterns of exclusion can persist even where a study drug is likely to be beneficial or even lifesaving. In the 2013–2016 Ebola epidemic pregnant women were excluded from all drug and vaccine trials against the disease, even though Ebola in pregnancy is a very grave danger (for both mother and baby). More recently, pregnant women have been widely excluded from COVID treatment trials—even in trials of drugs already widely used in pregnancy for other conditions. There have been appeals for inclusion in both cases, which is progress, but continued efforts will be needed to ensure that pregnant women are not again left behind.

Going forward, questions will arise about how to interpret and communicate data, especially about risk. Questions of risk and pregnancy are particularly vexing and difficult; often they involve taboos, such as any consideration of trade-offs between maternal and fetal health. For the most feared outcome—medication-associated birth defects—risks will take time to characterize. Definitive estimates may require thousands of exposures, raising questions about how to communicate early or uncertain results; how to reassure women or doctors that a drug is safe or safe enough; and how to appropriately honor the values and experience of the women for whom illness and pregnancy co-occur.

I am optimistic that change is within reach. Through the PHASES Project, a multi-year project funded by the National Institutes of Health, I have worked closely with an international group of experts from leading research and advocacy organizations on developing guidance toward ethically advancing research with pregnant women in the context of HIV and related infectious diseases. We have learned much from women at risk for, or living with, HIV. And we have found broad consensus on many strategies that foster inclusion. For instance, researchers should commit to including pregnant women in studies whenever possible; oversight committees should require justification whenever pregnancy is on the list of exclusion criteria; and pregnant women should be guaranteed fair access to trials or programs offering experimental lifesaving interventions.

Many people now are deeply committed to redressing the evidence gaps and ensuring that the interests of pregnant women and their babies are represented fairly in the biomedical research agenda. Doing so is an ethical imperative; the pathway forward is becoming clear and beckoning more strongly than ever.

Annie Drapkin Lyerly, MD, MA, is a professor of social medicine and associate director of the Center for Bioethics at the University of North Carolina, Chapel Hill, and research professor in obstetrics and gynecology. She is the author of A Good Birth: Finding the Positive and Profound in Your Childbirth Experience.