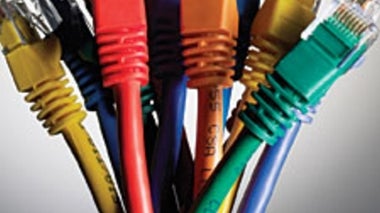 An upcoming Federal Communications Commission decision should improve high-speed Internet access in the U.S., which has fallen behind other nations

Want TV in 3-D? Then You'll Still Have to Wear Silly Glasses--At Least for Another Decade

As major TV manufacturers prepare to role out stereoscopic 3-D displays that require glasses, researchers are experimenting with ways of delivering 3-D to the naked eye

Magic Fingers: Digging Into Multi-Touch Technology with Both Hands

Science Talk correspondent John Pavlus talks with Jon Amiel, director of the new Darwin biography movie Creation, and with Randal Keynes, Darwin's great-great-grandson and one of the film's scriptwriters...

Apple introduces the iPad and iBooks

What do you know? McGraw-Hill CEO Harold McGraw was on the money yesterday when he said Apple would announce a tablet on Wednesday. The iPad now has officially arrived, weighing in at less than a kilogram, with a 25-centimeter LED-backlit display that is just over a centimeter thick...

Games and Search Engines Likely to Drive Consumer Technology in 2010

Although CEO Steve Ballmer's CES keynote was light on major new technology announcements, the company will have Project Natal for Xbox 360 ready to go in time for next Christmas

Blackberry Storm, iPhone and Motorola Droid users will be able to control when their Volt charges with the help of this new smart-phone software

4G networks open for business (sort of) in Norway and Sweden

Fourth-generation (4G) broadband wireless networks are a few years away from widespread use, but the technology (designed to be 10 times faster than anything available today) got a big boost Monday when Nordic telecommunications operator TeliaSonera opened up the first commercial 4G network...

Heavy Metal: Researchers Try to Get the Lead out of Piezoelectronics

As Microsoft unleashes Windows 7 on the world Thursday, the consensus among those who have already taken the new operating system out for a spin is that while it's no PC panacea, at least it's not a repeat of the mistakes Microsoft made with Vista, which was launched in January 2007...

It seems the worst effects are not on one's eyes, and may come from watching too much television, no matter what the distance to the screen

The Origin of the Computer Mouse

Now an endangered species, it was crucial to the development of personal computing and the Internet

Netbooks, stars and cars: ScientificAmerican.com's Larry Greenemeier reports from the keynotes and convention floor at the 2009 Consumer Electronics Show in Las Vegas

The chairman discusses the future of robotics, emerging technologies and life after Microsoft

CES Notebook: Of IBM Demos, and Vests that Hit Back

Technology to better control your virtual avatar, gear worthy of getting "fragged" in and high-concept environmental sensors

Mass Effect 2, the new sequel of the popular video game, lets players battle enemies by channeling something akin to the unknown force that causes the universe to continue expanding

This year will be remembered for the federal economic stimulus package, Wall Street bailouts, and just possibly a fun new gadget or two

How the Internet is Changing the Way We Will Watch TV

The Internet stands ready to upend the television viewing experience, but exactly how is a matter of considerable dispute