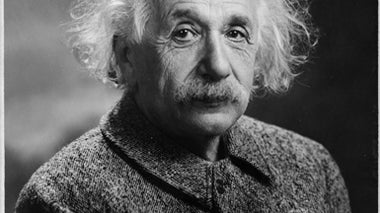 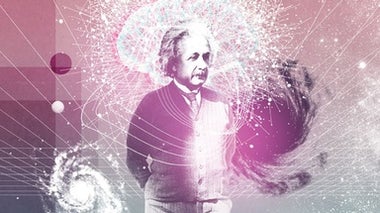 How Einstein Changed the World

The fruits of one mind shaped civilization more than seems possible 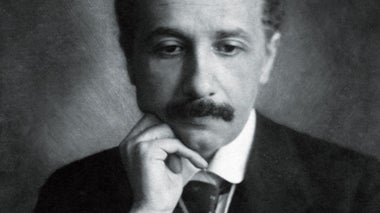 How Einstein Discovered General Relativity amid War, Divorce and Rivalry

Albert Einstein created his most famous theory amid personal strife, political tension and a scientific rivalry that almost cost him the glory of his discovery

Lost in Thought—How Important to Physics Were Einstein’s Imaginings?

What Einstein Got Wrong

Everyone makes mistakes. But those of the legendary physicist are particularly illuminating

Relativity's Influence Is Still Going Strong on Its 100th Birthday

Traveling Backward in Time Is Kind of Hard

We already have the means to skip ahead in time, but going backward is a different wormhole

Sure, he was pretty good at science. But science isn't everything

Was Einstein the First to Invent E = mc2?

The great physicist was not the first to equate forms of mass to energy, nor did he definitively prove the relationship

After Einstein, a New Generation Tries to Create a Theory of Everything

A new generation of physicists hope to succeed where Einstein failed

The Quest for Genius in Einstein's Brain

Despite the popularity of Einstein's theories of relativity and his musings on black holes, Einstein's Nobel Prize in physics was actually awarded for his discovery of the photoelectric effect...

Does Einstein’s Theory of Gravity Hold Near Black Holes?

General relativity has never been tested in places where the effects of gravity become truly extreme—for example, at the edge of a black hole. That will soon change

A visualization of recent physics terms affirms the enduring influence of Einstein’s 100-year-old masterpiece. Give it a try

QUIZ: How Well Do You Know Einstein?