How Safe Are U.S. Nuclear Reactors? Lessons from Fukushima

The U.S. has reactors of the same designs that melted down at Fukushima Daiichi, but regulators hope changes could prevent a repeat of Japan's nuclear crisis 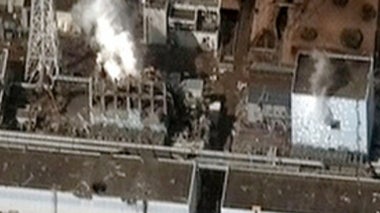 A look back at Japan's nuclear crisis, initiated by a magnitude 9.0 earthquake on March 11, 2011

Heart disease and depression are likely to claim more lives than radiation after the earthquake, tsunami and nuclear accident, experts say

Scientists model where and when the detritus will reach the U.S. west coast

The Fukushima evacuation zone raises the issue of what would happen during an evacuation in heavily populated U.S. metropolises during a nuclear meltdown

A year ago today, a 9.0 magnitude earthquake rocked Northern Japan. In the wake of this earthquake, a massive tsunami would flatten the Northern Tohoku region, killing nearly 20,000 people and knocking out power to the Fukushima Daiichi Nuclear Power Plant...

Nuclear Reactor Approved in U.S. for First Time Since 1978

But no nuclear renaissance appears to be imminent, despite the go-ahead to build and operate two new reactors in Georgia

1 Year after Fukushima: Could It Happen in the U.S.?

How to Tear Down a Nuclear Power Plant [Slide Show]

What happens to nuclear reactors like those at Fukushima after they melt down or reach the end of their useful lives?

Three months after its meltdown, the stricken nuclear power plant continues to struggle to cool its nuclear fuel--and cope with growing amounts of radioactive cooling water

China Syndrome: Going Nuclear to Cut Down on Coal Burning

On the eve of the 25th anniversary of the nuclear disaster at the Chernobyl power plant in Ukraine, Scientific American frequent contributor Charles Q. Choi traveled to the site and snapped these haunting images...

1 Year Later, What Does Fukushima Mean for Nuclear Research?

How does a Canadian-American professor of uranium mineralogy living in the unassuming American Midwest respond to the one-year anniversary of Fukushima?

Nuclear fall in: Why I'm becoming a pro-nuke nut

My belated education in nuclear energy continues. I just read Power to Save the World: The Truth about Nuclear Energy (Vintage, 2008) by Gwyneth Cravens, a petite, energetic novelist and journalist...

According to a popular Japanese myth the cause of earthquakes is the giant fish Namazu , often depicted as a giant catfish in woodcuts called namazu-e .

A short History of Earthquakes in Japan

Japan is situated in the collision zone of at least four lithospheric plates: the Eurasian/Chinese Plate, the North American Plate, the Philippine Plate and the Pacific Plate.

Fukushima: We Listen Back

Newly released audio takes us through the first week of the nuclear meltdown at Fukushima Daiichi on this first anniversary of the crisis. David Biello reports

On March 11, a powerful, magnitude 9.0 quake hit northeastern Japan, triggering a tsunami with 10-meter-high waves that reached the U.S. west coast. Here's the science behind the disaster...

The Future of Nuclear Power

The U.S.--and the world--is gearing up to build a potentially massive fleet of new nuclear reactors, in part to fight climate change. But can nuclear power handle the load?

As the world continues to grapple with energy-related pollution and poverty, can innovation help?