How does salmonella get into peanut butter? And can you kill it once it's there?

The bacterium that sickened more than 400 across the U.S. and killed three is resistant to many sterilization techniques 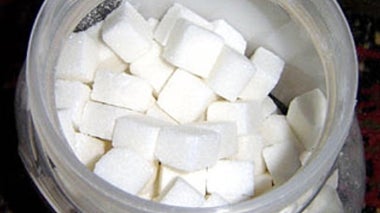 How do salt and sugar prevent microbial spoilage?

Is Your Food Contaminated?

New approaches are needed to protect the food supply

4 Technologies to Protect Our Food Supply

Why Don't We Irradiate all Germ-carrying Food?

Technology exists that destroys disease-causing bacteria in food. We use it more--and in some cases, less--than you might think

You wouldn’t think peanut butter could have such long-lasting, ill effects, but the company whose peanut products caused a nationwide outbreak of salmonella infections is now recalling everything it has manufactured at its contaminated Blakely, Ga., plant since January 1, 2007...

Obama orders review of FDA in wake of salmonella outbreak

A new tool tracks diseases, contaminants and other threats as they occur worldwide

Some 79 people in 21 states have been sickened with a bacterial infection linked to contaminated pet food — the first time human Salmonella enterica illness has been traced to a contaminated animal food plant...