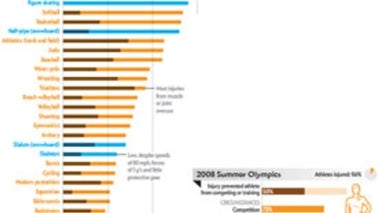 Olympic Hurtfuls: The Most Common Injuries

One in 10 athletes will get hurt during the Games

Why Bronze Medalists Are Happier Than Silver Winners 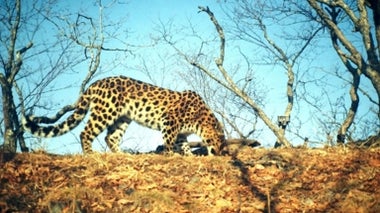 Sochi Mascot Is the Most Endangered Cat on the Planet

A park brings hope for the Amur leopard, one of three 2014 mascots

The Physics of Curling

Yes, sweeping the ice in front of the rock makes a big difference in whether it lands in the bull's eye

No guts, no glory? The fear and attraction of risky winter sports

What Happens to Cities after the Olympics Are Gone?

"Team Climate" Gets Sochi Athletes All Abuzzing About Climate Change

The danger to winter sports has not gone unnoticed by athletes.

February 14, 2014 — Lindsey Konkel and The Daily Climate
The Sciences

Across cultures, victorious athletes raise their arms, puff out their chests and shout, in what appears to be a physical display of dominance

The Physics of Figure Skating [Video]

Climate Change and Snow on the Slopes [Video]