Is the U.S. Grid Better Prepared to Prevent a Repeat of the 2003 Blackout? 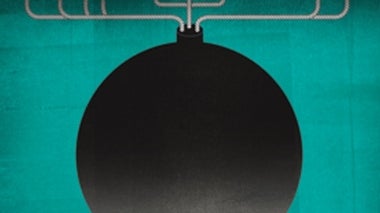 Power Hackers: The U.S. Smart Grid Is Shaping Up to Be Dangerously Insecure

Achieving greater efficiency and control requires hooking almost every aspect of the electricity grid up to the Internet, making it more vulnerable to cyber attacks

What Is the Smart Grid?

Updating the aging electricity grid may save money, energy and greenhouse gas emissions

Wrangling Renewables and the Smart Grid: How Can the Federal Government Change the Future of Electricity?

The commissioner of the federal agency responsible for electricity supply in the U.S. explains the ongoing transformation of the energy sector

Behind the Light Switch: What Will a Smart Grid Look Like? [Slide Show]

A nut-and-bolts, transformer-and-cable view of the power grid as it gets smarter

What is the smart grid anyway? [Video]

The smart grid. Sounds good, right? But what exactly is it? And does that mean we have a dumb grid now? "The grid, it is smart today," Laura Ipsen, a senior vice president at Cisco, told the Advanced Research Projects Agency for Energy (ARPA-e) conference on March 2...

Getting animated about the smart grid

Whether we want it or not, the "smart grid" is on its way. In this animated guide we show you the essential features.

Waste Not, Want Not: Energy via the Smart Grid

Simply using instead of losing energy, the U.S.--and the world--could power its way out of crisis. David Biello reports

What If the Smart Grid Isn't So Smart?