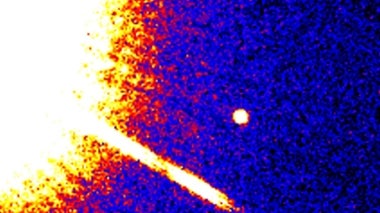 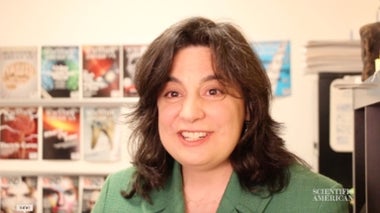 Mariette DiChristina, Scientific American's Editor in Chief, has a special place in her heart for the Hubble Space Telescope

NASA’s Next Space Telescope Promises the Stars—and Planets, Too

The much-hyped James Webb Space Telescope promises to revolutionize exoplanet science, but only if astronomers can agree on how to use it.

10 Telescopes That Changed Our View of the Universe [Slide Show]

Historic telescopes through the ages, from Galileo to the 21st century

Twenty-five years ago, on April 24, 1990, the Hubble Space Telescope soared into orbit. Since then, its great discoveries have been legion, and the story of how it became the most successful and productive astronomical observatory in human history is destined to become legendary...

Two teams of astronomers made headlines in November after announcing they had photographed planets orbiting regular stars other than our own sun. (Such bodies are known as extrasolar planets, or exoplanets.) One of those planets, Fomalhaut b, the companion to a star called Fomalhaut some 25 light-years away, was spotted by the Hubble Space Telescope; a star known as HR 8799, nearly 130 light-years distant, was found by ground-based observations to harbor a system of at least three planets...

Space Aged: 10 Spacecraft from Decades Past That Are Still Ticking [Slide Show]

Whether peering into deep space or checking on human activity, spacecraft and satellites from days gone by are still on the job

When a new generation of giant ground-based telescopes comes online in the next decade, human eyes will see what no one has seen before

The Expanding Universe: From Slowdown to Speed Up

Discovering a Dark Universe: A Q&A with Saul Perlmutter

Dark energy is pushing the universe apart at an ever faster rate. Astrophysicist Saul Perlmutter recounts the experimental approaches he took to make that discovery

As the famous telescope turns 25, scientists who have worked on the project chose their favorite pictures

Controversy swirls around a bold proposal for a bigger, better—and expensive—replacement for NASA’s premier space telescope