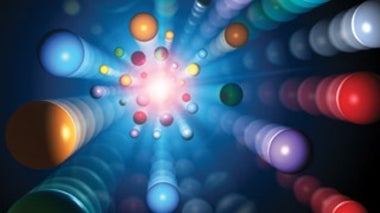 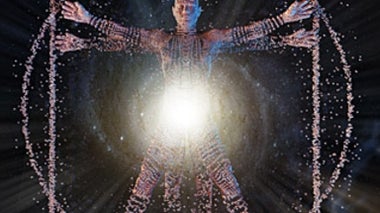 The Coming Revolutions in Particle Physics

The current Standard Model of particle physics begins to unravel when probed much beyond the range of current particle accelerators. So no matter what the Large Hadron Collider finds, it is going to take physics into new territory...

How the Large Hadron Collider Might Change the Web

What Happens to Particle Accelerators After They Are Shut Down?

Radioactivity limits the potential for recycling, except for one infamous particle smasher that never saw the light of day

How U.S. Researchers Are Making the Switch to the Large Hadron Collider

Remote operations means the move to Geneva is not always mandatory

Large Hadron Collider (LHC) is live--And so are we

The particle-smashing Large Hadron Collider(LHC) is up and running, and we're still here.

"We've got a beam on the LHC," project leader Lyn Evans told his colleagues to applause after the machine finished coaxing a beam of protons around the 17-mile (27-kilometer) tunnel at 10:28 a.m...

The Mysteries of Mass

Physicists are hunting for an elusive particle that would reveal the presence of a new kind of field that permeates all of reality. Finding that Higgs field will give us a more complete understanding about how the universe works...

Fermilab says: "Hey wait, we're in the Higgs hunt, too!"

It looks like the Large Hadron Collider (LHC) may have some competition in its search for the much-anticipated Higgs boson, the source of mass.

Yesterday CERN, the European particle physics lab, announced that on September 10 it would begin shooting protons around the full 27 kilometers (17 miles) of the circular LHC—the most powerful particle accelerator ever built—building up to collisions with a second, opposing beam in subsequent months...

Building the Next Generation Collider

Searching for an Elusive Particle, Physicists Take a Shot in the Dark

Experimenters team up in the search for an invisible, hypothetical particle

In recent experiments, physicists have replicated conditions of the infant universe--with startling results

What's the matter with antimatter? New data may hold the answer.

CERN loves the smell of protons in the morning. Last Friday the European particle physics lab began testing the system for injecting a proton beam into the Large Hadron Collider (LHC), which if you haven't heard by now is a giant particle accelerator 27 kilometers (17 miles) in circumference...

CERN declines a massive opportunity to find the Higgs particle

A strange,elusive phenomenon called supersymmetry was conceived for elementary particle physics--but has come to light in nuclei of platinum and gold

Experiments at CERN and elsewhere should let us complete the Standard Model of particle physics, but a unified theory of all forces will probably require radically new ideas.