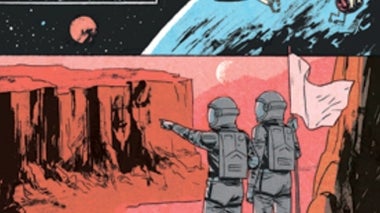 This Way to Mars: How Technologies Borrowed from Robotic Missions Could Deliver Astronauts to Deep Space

By adapting ideas from robotic planetary exploration, the human space program could get astronauts to asteroids and Mars cheaply and quickly 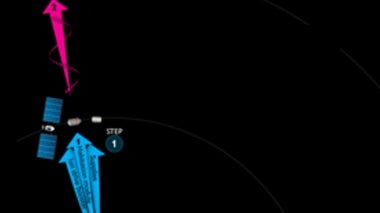 How a spacecraft propelled by ion drives could deliver humanity deeper into space than ever before. Read more in our special report on deep-space exploration

Once the U.S. regains its ability to send humans into deep space, there's more than one nearby planet for them to explore

How an Energy-Efficient Spacecraft Could Revolutionize Space Travel [Video]

In a Skype interview, Damon Landau and Nathan J. Strange of NASA's Jet Propulsion Laboratory talk about the radical mission proposal they laid out in the December issue of Scientific American...

In a speech from Florida's Space Coast, the president argued the case for his proposed NASA budget and outlined his vision for human spaceflight

The 40th Anniversary of Apollo 11

Four decades after mankind's giant leap, a look at the harrowing first lunar landing, the Apollo missions that never flew, and how the historic event looked from the Soviet Union

40 years after the first moon walk, designers and engineers discuss the continuing evolution of astronaut apparel

Moon Lust: Will International Competition or Cooperation Return Humans to the Moon?

The U.S. has been there, but now that many countries have joined the club of space-faring nations, which will be the first to return?

Down to Earth: The Apollo Moon Missions That Never Were

As the U.S.'s lunar landing program wound down, plans for its last three Apollo missions were canceled, leaving unused hardware and questions of what might have been

Rethinking the Dream of Human Spaceflight

Fifty years after the first human ventured into space, we need some creative thinking

Humankind has been confined to Earth's orbital environs for decades, but plans abound for manned missions to deeper reaches of the solar system

NASA's scrapped Ares 1 rocket could be resurrected for commercial spaceflight

Room for Debate: Where, If Anywhere, Is NASA Headed?

Without a firm destination, will NASA's ambitions for a return to manned spaceflight beyond Earth orbit founder? Or, will scrapping the Constellation Program give the U.S. more options for human exploration of the moon, Mars and the asteroids?...

The Lunar Reconnaissance Orbiter, launching this week, will set the stage for the planned U.S. return to the moon by surveying locations and resources

In this episode Cornell University astronomer Jim Bell talks about future space missions and why people need to be part of them. Bell is the leader of the team operating the color cameras on the Mars rovers, and the author of the book Postcards From Mars and of an opinion piece in the August issue of Scientific American on humans in space...

The president wants to scrap NASA's space shuttle successor, now in development, and relax the agency's focus on returning to the moon

The 40th Anniversary of Apollo 8's Journey to the Moon

It was a first not only for NASA, but for humanity. As the world bore witness, a redesigned Apollo spacecraft, tested in space with a crew only once before, carried three astronauts to orbit the moon...