A Graphic Look at Obesity--Inside and Out

A new detailed picture of the biological consequences of the global weight problem, as visualized by the scientifically tuned illustrations of theVisualMD

Hidden Drivers of Childhood Obesity Operate Behind the Scenes 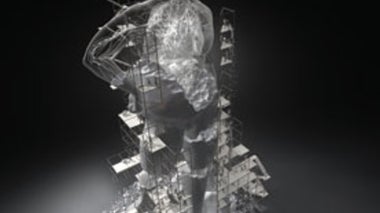 How to Fix the Obesity Crisis

Although science has revealed a lot about metabolic processes that influence our weight, the key to success may lie elsewhere

How Obesity Spreads in Social Networks

As the obesity epidemic accelerates, more researchers are looking to prenatal risk factors

Childhood Obesity Shows Signs of Tapering, but It Remains a Public Health Problem

Defining obesity in children and recalibrating the caloric needs of overweight kids are key steps in shrinking the epidemic, researchers say

Could added incentives and other changes to the federal food stamp program trim rampant obesity rates among low-income groups?

Should "Happy Meals" Aimed at Kids Be Banned to Help Curb Childhood Obesity?

San Francisco may stop restaurants from offering toys as an incentive to buy unhealthy food aimed at kids. One professor of nutrition, food studies and public health says this is a pretty good start, but more can be done...

Now that the battle against the bulge in the U.S. has reached the grade school level, plenty of efforts have begun to fight childhood obesity and its dangers.

The Goldilocks Principle of Obesity

For healthy body weight, the brain's reward system may need to be 'just right'

The fattest ape: An evolutionary tale of human obesity

Long before I began stockpiling a rather eclectic collection of curiously homoerotic Men’s Fitness magazines in my closet as a randy teenager, decades still before the global pornification of the 21st -century Internet age, my tender childhood libido found a secret refuge amidst the colorful scenes contained in a handful of old university textbooks placed happily among my parents’ bookshelves in the family room of our home...

It's no secret that along with fast food and other trappings of convenience, unhealthy lifestyles—and their associated health problems—have been spreading across the globe at a rapid clip...

Want to pencil in a healthy target weight for that New Year's resolution? A new analysis of data from 1.46 million adults has zeroed in on the body mass index (BMI) with the lowest risk of death from any cause—and they aren't the ones that most tilt the scales downward...

In case anyone needs a reminder to stick to that New Year's resolution to slim down or kick the cigarette habit, researchers have confirmed that obesity and smoking are still the country's leading contributors to preventable deaths and illnesses...

Genetics in the Gut: Intestinal Microbes Could Drive Obesity and Other Health Issues

The diversity of germs in the human gut suggests microbiota play a greater role in health than previously thought, even driving obesity and other metabolic conditions

Dying to Eat: A Graphical View of U.S. Obesity

Ever-fatter Americans risk much higher rates of disease and death

Nipping Childhood Obesity in the Bud

Why Calories Taste Delicious: Eating and the Brain

In this episode University of North Carolina Chapel Hill nutrition epidemiologist Barry Popkin discusses the growing problem of obesity, even in developing countries that only recently faced hunger as their primary diet challenge...