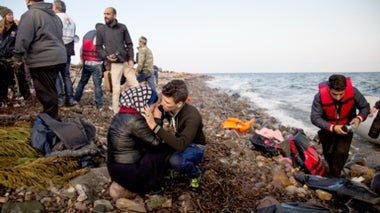 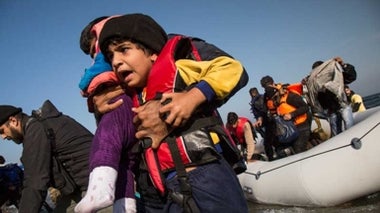 Refugees who survive the treacherous ocean crossing from Turkey to Greece wait in makeshift camps on the island of Lesbos, wondering about their next move 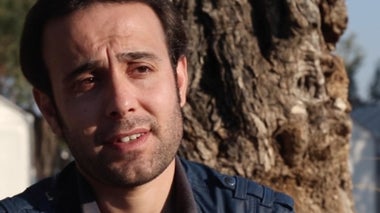 Why This Refugee Farmer Left His Land

Farming is becoming ever more difficult on lands that are getting hotter and drier.

As global warming tightens the availability of water, prepare for a torrent of forced migrations

An old feud rekindles in the wake of the Paris attack

Beginning in 2007, Syria and the greater Fertile Crescent experienced the worst three year drought ever recorded in the region. Recent research published in the Proceedings of the National Academy of Sciences suggests the drought may have contributed to the ongoing conflict in Syria...