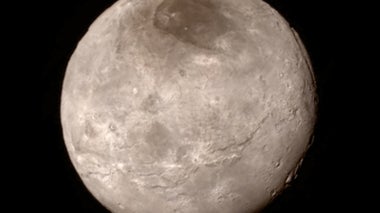 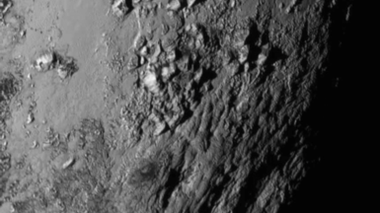 New Close-Ups of Pluto and Charon Present Puzzle for Scientists 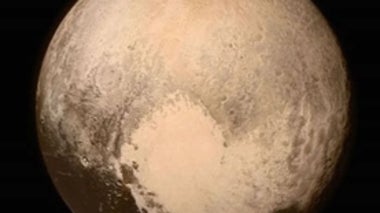 Is It Snowing on Pluto?

Snowfall is rare in our solar system. A tantalizing new image suggests that the dwarf planet may be one of the few places where it occurs

At 8:52 P.M. Eastern time, July 14, 2015, an all's-well signal from the New Horizons spacecraft finished its 4.5-hour, three-billion-mile trip from near Pluto through the solar system to alert mission control on Earth that it was in working order and had succeeded in gathering data  ...

Good-Bye Pluto, Thanks for Everything

Although we've only just begun to see the scientific return from NASA's New Horizons mission and its close encounter with the Pluto–Charon system, this has been an unexpectedly profound human endeavor...

As the probe whizzes past, paint is already being dabbed, splattered and scumbled. The Pluto flyby is astounding everyone including artists. Here are a few works of #sciart that really stood out to me on Twitter, marking this historic event and the images from the NASA team and the New Horizons probe...

After nine years, 4.8 billion kilometers and $700 million the New Horizons mission has officially begun to execute its sequence of Pluto flyby observations

Alan Stern, lead scientist on NASA’s mission to Pluto, has been waiting nearly three decades to see the dwarf planet up close

At Pluto, the End of a Beginning

Early this morning, if all has gone well, the first golden age of interplanetary exploration will have come to a close