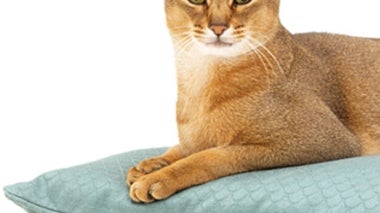 The Evolution of House Cats 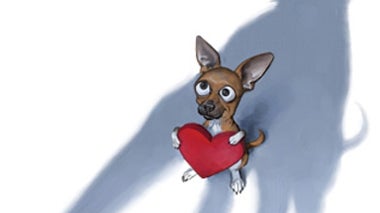 A humorous take on using dog breeds to prove evolution

A growing number of veterinarians are prescribing supplements of friendly bacteria for dogs, but is there enough scientific evidence to justify it?

Fact or Fiction: Dogs Can Talk

Are human speech-like vocalizations made by some mammals equivalent to conversation--or just a rough estimation of it?

Scientists have confirmed what pet owners have always suspected: our pooches may pout when they sense another pup is getting favorable treatment.

Researchers at the University of Vienna in Austria report today in the Proceedings of the National Academy of Sciences USA that dogs may be like our human best buds: they get jealous if they feel we're treating another dog better...

Vacuuming not only sucks up cat fleas, it kills them in the process. Karen Hopkin reports

The Truth about Cats and Dogs

Scientific American magazine Editor in Chief John Rennie talks about the contents of the June issue, including articles on the evolution of cats and the physiology of sled dogs. Plus, we'll test your knowledge of some recent science in the news...

Veggie Cat Food? Why Not All Cats Need Meat

The Obamas' Portie: a breed that almost went extinct

The Obamas talked about rescuing a dog from a shelter. They ended up getting pup Bo as a gift from friend Sen. Edward Kennedy, D-Mass., but it turns out the First Family has become part of a 70-year journey to save an entire breed by bringing home a Portuguese water dog to become the nation's First Dog...

Until now, cancer treatments prescribed by veterinarians were human-friendly formulas that hadn't yet been tested for canine companions. But the U.S.

How Does Catnip Work Its Magic on Cats?

Why do cats have an inner eyelid as well as outer ones?

There is a reason cats prefer meaty wet food to dry kibble, and disdain sugar entirely

Why do cats purr?

What makes a dog hypoallergenic?

Is there really such a thing as a dog that won't cause allergies?