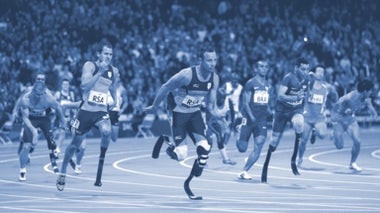 Magic Blood and Carbon-Fiber Legs at the Brave New Olympics

With technology and pharmaceuticals dominating our reality, how do we define “natural” human effort in sports? The author of bestseller The Sports Gene weighs in ... 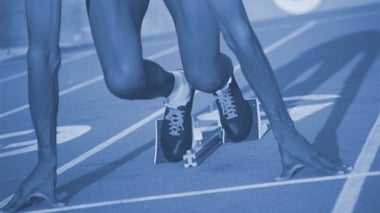 Have We Reached the Athletic Limits of the Human Body?

Record-breaking has slowed, but science could find new ways to make us keep getting stronger and faster 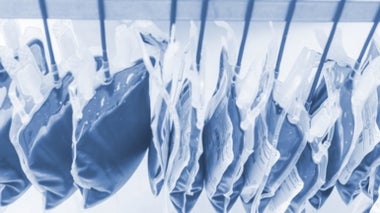 The Scientific American Guide to Cheating in the Olympics

Blade Runners: Do High-Tech Prostheses Give Runners an Unfair Advantage?

Four years after Oscar Pistorius made history at the London Olympics, the question remains unanswered

Are We Reaching the End of World Records?

As we near the limits of human strength and speed, technology and culture keep moving the finish line

Running Circles around Us: East African Olympians’ Advantage May Be More Than Physical

No One Wins Gold for Practicing the Most

A new study suggests there are limits to the “10,000-hour rule” and how far practice and hard work can take an athlete

Olympic Gold May Depend on the Brain's Reward Chemical

Could Olympians Be Tweaking Their Genes?

“Gene doping” remains unlikely, but if scientists can safely boost athletic performance by manipulating genes, that should be cause for celebration

Coaching Can Make or Break an Olympic Athlete

Competitors at the most elite level require more than technical support

How 4 Olympic Teams Have Prepared for Zika

From mosquito-repelling uniforms to specially treated condoms, these Olympians are taking extra measures to avoid infection

What's in the Water in Rio—and What Can It Do to Olympians?

During the Games, sailors will compete with sewage and industrial waste as well as one another, but the dry season offers some relief

Scholarly Olympics: How the Games Have Shaped Research

A graphical guide to the impact of the Olympics on science

Monitoring Disease Outbreaks at the Games

How London’s experience in 2012 is helping Rio prepare