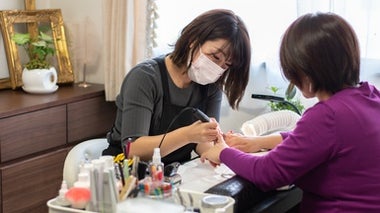 Besides the questionable labor practices that surround the shops, glues, lacquers and dust in the workplace create their own risks for nail technicians 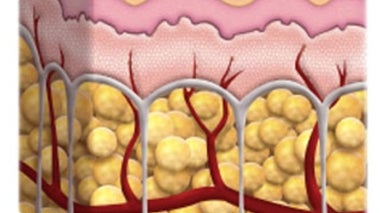 Some claim creams can bust the bulgy bane of many, whereas others swear by pricey procedures. But what is cellulite? And can it really be banished for good? A doctor gives the bottom line...

Slide Show: The Science Behind 10 Natural Skin Remedies: Why They Work--Or Don't

From hydrating to getting a good night's sleep, two dermatologists explain which home treatments actually work--and why

Treating Wrinkles with Cutting-Edge Technology--Without Going Under the Knife

From stem cells to the circadian cycle, the science behind new high-tech anti-aging research

A Cut above the Rest?: Wrinkle Treatment Uses Babies' Foreskins

Male circumcision-derived skin-rejuvenator injections in U.K. have yet to be approved in U.S.

Coral Lipstick—It's You! Or So Says a New Cosmetics Algorithm

Key genes, rather than cell and DNA damage, as causes of aging

How does sunscreen protect skin?

How do sunless tanners work?

Why does hair turn gray?

Is Human Growth Hormone the Key to Eternal Youth?

Apparently not. New research says there's no proof of its supposed anti-aging powers

New Diet Drug in Battle of the Bulge

Saving Face: How Safe Are Cosmetics and Body Care Products?

The government knows just about as much as you do about what you're putting on your skin—that is to say, not much

ScientificAmerican.com Reports: The Science of Beauty

Beauty Is Truth (and Science)

Procter & Gamble scientists Greg Hillebrand and Jay Tiesman talk about scientific research related to beauty products and cosmetics. Plus, we'll test your knowledge of some recent science in the news...

Why does skin wrinkle with age? What is the best way to slow or prevent this process?