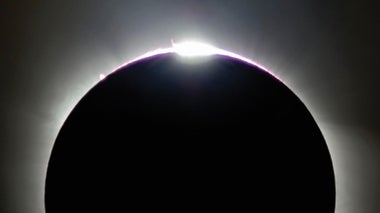 The first total solar eclipse to cross the U.S. from coast to coast in 99 years is not only a must-see spectacle but also a valuable scientific opportunity 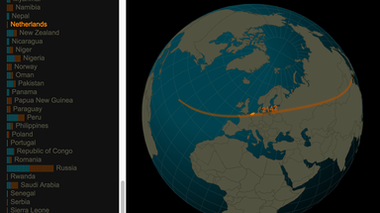 Coming Soon? A Solar Eclipse Near You 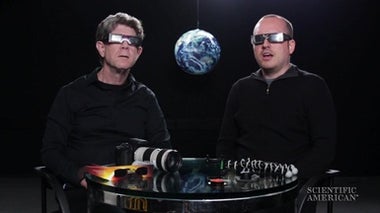 Witness the Solar Eclipse without Frying Your Eyes or Your Camera

America is preparing for a sea-to-shining-sea solar eclipse. Here’s how you can watch the spectacular display, and maybe even snap a photo to commemorate the event, without burning your retinas or damaging your camera’s optics...

Solar Eclipse Charted for the Next 1,000 Years

Maximize Your Odds of Seeing the Great American Solar Eclipse

Data show the U.S. locations that offer the best chances for clear skies and light traffic

Beat the Crowds at the Total Eclipse: Go Camping

It's far too late to get a hotel room, but if you don’t mind sleeping under the stars, you’ve still got options

The Evolution of a Scientific American Graphic: Solar Eclipses

Data designer Jan Willem Tulp provides a peek behind the scenes, and describes how he developed several visualizations for an article in the August 2017 issue

What the Polarized U.S. Needs Is an Eclipse Fix

It helped bring national healing in 1878, so can’t history repeat itself?

In advance of the big solar eclipse on August 21, author and journalist David Baron talks about his new book American Eclipse: A Nation's Epic Race to Catch the Shadow of the Moon and Win the Glory of the World ...

Mysteries of Sun's Corona on View During Upcoming Eclipse

From ground, sky and space, researchers are ready to test latest technologies on the Great American Eclipse

For an Almost Daily Eclipse, Go to Mars

Earth may get great solar eclipses, but they don't happen all the time

Science in a Moon Shadow

The rare spectacle of a total solar eclipse has given scientists throughout history fleeting opportunities to delve into everything from the sun’s chemistry to Einsteinian relativity to Earth’s place in the solar system...