Irrational Exuberance: How Will You Celebrate the Pi Day of the Century?

Send us pix of your pies, pizzas and parties in honor of math (and circular baked goods) 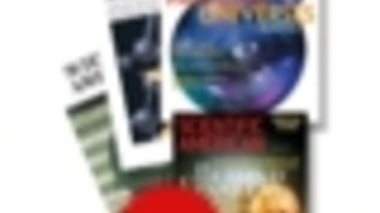 To commemorate this special and significant year for Pi Day enthusiasts we’ve compiled 3 of our best-selling Pi topic issues from our archive. Plus a FREE Bonus Issue in honor of Einstein’s Birthday!...

American Pi: Why the Day Belongs to the U.S. (and Belize)

Pi may be a universal constant, but only two countries can natively celebrate Pi Day: the U.S. and Belize. That's because they are the only ones (if Wikipedia is correct) to shorthand their date format so that it can match the first few digits of pi (3.1415), or March 14, 2015...

Transcend decimals as you celebrate this transcendental number

Why Killing Pi Would Make Math Simpler and More Beautiful

A growing movement argues that killing pi would make mathematics simpler, easier and even more beautiful

A Different Pi for Pi Day

Tired of the circle constant? The prime counting function π(x) is an alternative way to celebrate everyone's favorite Greek letter that sounds like a dessert.

How Much Pi Do You Need?

I am traveling for most of July. I hope you enjoy this post from the past, which originally appeared on the Observations blog on July 21, 2012. A variety of pies celebrating the number pi...

Casting the Yarrow: An 18th Century Method for Calculating Pi

What Is Pi, and How Did It Originate?

The Science Parodies Continue: What is the Value of Pi?

A fun little ditty set to the tune of the famous ‘What does the fox say?’…I only wish my high school math teacher was this cool… See the original post in Jennifer Ouellette’s ‘Physics Week in Review‘ over at Cocktail Party Physics...

Yesterday was Pi Day (3.14, approximately), and appropriately enough comes this analysis of the irrational number by Vi Hart, a recreational “mathemusician” at Khan Academy.