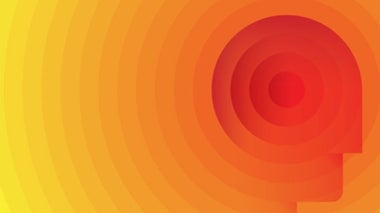 6 Things Everyone Should Know about Concussions

Much of what we've heard is wrong. Here's the latest lowdown on these brain injuries plus new ideas about how to treat them

A Generation Loses Consciousness, and Grows More Conscious of Headbanging

New data suggests blows to the head are on the rise among U.S. adults and kids, but definitive diagnosis remains elusive

A Safe Way to Tackle?

Concussion Is a Serious Problem for Child Athletes

Concussion in children is a serious problem that deserves more attention

More comprehensive scanning shows that even “minor” hits could be as damaging to players’ brains as concussions.

Head Injury May Cause Mental Illness

Football players diagnosed with Lou Gehrig's disease may suffer from the effect of repeated blows to the head, controversial new research says

How Brains Bounce Back from Physical Damage

After a traumatic injury, neurons that govern memory can regenerate

Prisoners suffer disproportionately from past traumatic brain injuries. Researchers are hunting for the best tools to treat this population in an effort to help them reintegrate into society--and avoid re-incarceration...

A specialized form of brain imaging finds that soccer players who head the ball more than 1,000 times a year face risks similar to those with head trauma. Katherine Harmon reports

Concussions Exact Toll on Football Players Long After They Retire

The Aches of War: Some Iraq and Afghanistan Vets Suffer Frequent Headaches

About one in seven soldiers has suffered a mild brain injury, and a new study finds that the effects can linger

Sensor-Rigged Helmet Gives Football Players a Heads Up on Concussions

An Illinois high school ponies up $60,000 for helmets designed to protect players against brain and spinal injuries

More Than One Blow for a Concussion in Football

A recent study shows that it's multiple blows to the head that lead to a concussion in football. Christie Nicholson reports

NFL gains yards in its treatment of players' head injuries

As early as this season's playoffs, National Football League players will have to get the approval of an independent neurosurgeon or neurologist before they can return to play following a head injury or concussion...

Boxing Batters Brain Even With Headgear

Amateur boxers, wearing headgear, still suffered insult to the brain in some cases equivalent to a small stroke.

Researchers are asking hockey players to give up their brains to study the long-term impact of concussions. Christie Nicholson reports

Impact and the Brain

A new high-tech helmet allows coaches and sideline doctors to spot concussions and other dangerous injuries on the football field, in real-time. The head gear has sensors that send impact measurements wirelessly...

What happens to the brain during a concussion?

The NFL not only publicly denied evidence that long-term brain damage could result from concussions suffered by its players, but worked to undercut it

Inside Story: What Happens When Brain Hits Skull

Watch the frightening mechanics of a concussive blow to the head

Force sensors in headgear could signal whether a hit is strong enough to cause concern should the player receive a second serious blow. Larry Greenemeier reports

NFL Hall of Famer Harry Carson joins former NBC anchor Stone Phillips and pathologist Bennet Omalu for a discussion of chronic traumatic encephalopathy among football players. Recorded May 12th at the Ensemblestudiotheatre.org, site of the new play Headstrong about the brain injury issue...